As a service researcher or a marketing scholar, you have most likely heard of Service-Dominant (S-D) Logic. However, do you really know what this potentially paradigm changing mindset is all about? Read the latest CTF blog by PhD Kaisa Koskela-Huotari.

In 2004, Steve Vargo and Bob Lusch published an article in the Journal of Marketing entitled ‘Evolving to a new Dominant Logic for Marketing’. The basic argument of the article was that the conventional marketing theory was preoccupied with an underlying logic that centered on the distribution of goods and viewed firms as the sole engines of value creation. To counter some of the limitations of this logic, the article proposed an alternative logic—now known as service-dominant logic—in which service provision, rather than goods, is seen as the fundamental basis of economic exchange and value creation is seen as a collaborative process that necessarily involves efforts of, not only both firms and customers, but typically a whole host of other actors as well.

To date, this initial S-D logic article has over 13,000 citations, indicating that the alternative, service-based logic of exchange and value co-creation has resonated well with scholars around the world. Moreover, S-D logic is applied in disciplines well beyond marketing and business disciplines from which it originated.

During the past 15 years, S-D logic’s metatheoretical framework has continued to evolve as an outcome of the collaborative efforts of a large community of scholars. Now the current state of the literature is brought into one reference book The SAGE Handbook of Service-Dominant Logic.

The preparation of the Handbook started in late 2015 when Bob and Steve were approached by SAGE with the idea of producing a handbook that would provide a comprehensive overview of key issues, developments, debates, as well as potential future directions of S-D logic. Bob and Steve appointed me, who during this time was PhD Student in Business Administration at CTF, as the assistant editor of the Handbook and were able to recruit 10 outstanding associate editors to be in charge of nine of the sections included in the Handbook. The associate editors, in turn, helped to recruit a stellar cast of authors for the book’s 41 chapters, all of which are original contributions relating to the eleven key themes of the Handbook.

Unfortunately, Bob Lusch did not get to see the final outcome of this three-year project as he passed away in early 2017. The Handbook is dedicated to Bob who considered this a very important project in moving S-D logic forward.

If you are curious to find out more about S-D logic, the recently published SAGE Handbook of Service-Dominant Logic is a great way to start. The Handbook also acts as a great sourcebook for scholars, who already are familiar with the basic ideas of S-D logic, but want to see where the literature is heading. Learn more here: SAGE Handbook of Service-Dominant Logic

Kaisa Koskela-Huotari is a PhD in Business Administration at CTF, Service Research Center in Karlstad University. Her research interests lie at the intersection of S-D logic, institutional theory and systems thinking. In her doctoral dissertation (2018), she used a service ecosystems perspective to study market evolution and innovation. Her research is published in Journal of Service Theory and Practice, Service Science, Journal of Business Research, Journal of Service Management and Journal of Strategic Marketing. 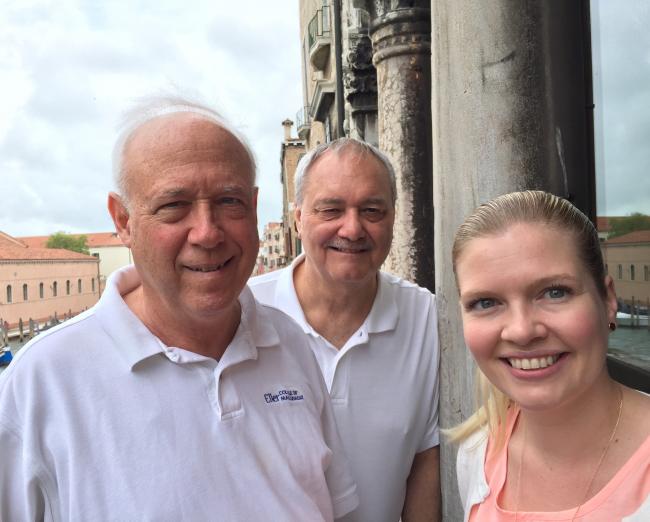