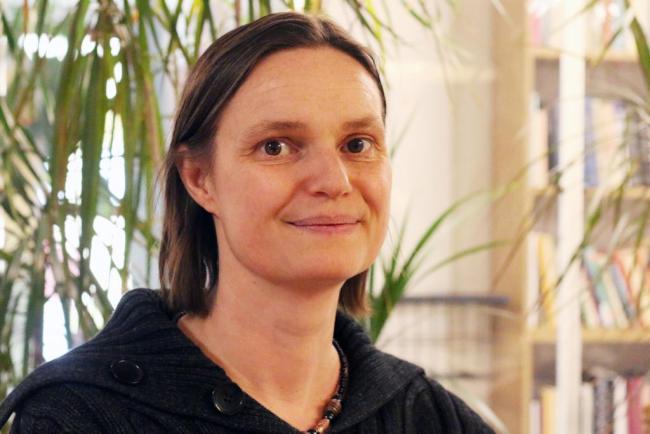 How do people change society? This is the basic question underlying all Majken Jul Sørensen’s research. Her interest in nonviolent social movements, conflict transformation as well as humour and political activism has to a large degree focused on participants’ experiences and people’s agency and ability to create change from below. The question of how change occurs has taken Majken to social science areas such as social movement theory, resistance studies and sociology of humour, law, history and emotions. Majken’s research has frequently been explorative, probing areas where little or nothing has been written academically previously and the result has often been innovative frameworks and models based on case studies. Her research is published in books and articles in international peer-reviewed journals.

Majken was a pioneer in researching humour as a method in nonviolent resistance to oppression with her article “Humour as a Serious Strategy of Nonviolent Resistance to Oppression” (2008), a theme she developed further in her PhD thesis “Humorous Political Stunts: Nonviolent Public Challenges to Power” (2015). The thesis explores what role humour can play in facilitating nonviolent resistance to dominant discourses and powerful institutions and people. Through 16 examples from different social movements Majken explores the phenomenon humorous political stunts. She has also developed new theory in the form of a framework that identifies five distinct types of stunts. Two in-depth case studies from Swedish and Norwegian activist networks seen in relation to sociologically based theory of nonviolent action are the basis for the further exploration of humour as an activist method. In 2016 the thesis was published as a shorter book with the title “Humour in Political Activism: Creative Nonviolent Resistance”, and a summary of Majken’s major findings when it comes to the relationship between humour and nonviolent action is published in the article “Laughing All the Way to Social Change: Humor and Nonviolent Action Theory” (2017).

In addition to the relationship between humour and nonviolent action, Majken has also explored other topics at the intersection between conflict sociology, social movement theory and conflict transformation. Literature on social movements and civil resistance frequently describes the repression or direct support of various movements and campaigns, but little has been written about all the responses that fall in between these extremes. Majken’s book “Responses to Nonviolent Campaigns: Beyond Repression or Support” investigates this vast area of what can be called “soft repression”. Another text related to the theme of conflict transformation is the article “Nonviolent Conflict Escalation”, co-authored with Jørgen Johansen. Majken and Jørgen investigate how people in social movements escalate conflicts with nonviolent means in order to bring suppressed injustices on the agenda. The article questions the taken for granted assumption that conflicts are something problematic which should be avoided or de-escalated. In addition, Majken has explored nonviolent action in relation to areas such as culture and emotions.

In “Glorifications and Simplifications in Case Studies of Danish WWII Nonviolent Resistance” (2017) Majken takes the point of departure in sociology of history and shows how history can be utilized to serve contemporary purposes. In literature on nonviolent resistance, the case of Danish resistance to the Nazi occupation during WWII is frequently referred to. Majken compared the narratives in the case studies with the latest Danish historical research and found a tendency to simplify the narrative to make it fit with the story of nonviolent resistance the authors wanted to tell. The study is the first of its kind and can serve as model for similar critical investigations of other cases about nonviolent resistance.

Majken also contributes to developing the new field of resistance studies and her article ”Constructive Resistance - Conceptualising and Mapping the Terrain” (2016) is the first theoretical overview of the concept of constructive resistance. This is an emerging research area concerning the way people involved in resistance not only fight and protest what they object to, but frequently construct alternative institutions and ways of living their everyday life outside the control of dominant structures. Recently Majken has explored the phenomenon of constructive resistance in relation to time and temporality.

Majken is strongly committed to make her research accessible to the general public and always strives to write without unnecessary academic jargon. She has been involved in social movements herself and hopes to build bridges between academia and civil society actors striving for a more just and peaceful world. Majken’s book “På barrikaderne for fred” (2012, in Danish) is an introduction to nonviolence and cultures of peace aimed at students and the general public. Based on stories from around the world of people successfully responding to direct violence with nonviolent action, it includes cases of major nonviolent struggles on five continents, as well as analysis of the role of gender, media, religion and global/local actors. It also includes pedagogical introductions to theory of nonviolence and cultures of peace.

Majken has lived, worked and studied in five different countries - Denmark, Sweden, Norway, the UK and Australia. She started out training as a social educator in Denmark and holds a bachelor degree in sociology from the University of Tromsø, Norway and an MA in peace and reconciliation studies from Coventry University, UK. In 2014 Majken received her doctorate for the thesis “Humorous Political Stunts: Nonviolent Public Challenges to Power” from the University of Wollongong, Australia. Majken came to Karlstad University in 2016 but continued as an Honorary Post-Doctoral Research Associate at the University of Wollongong between 2015 and 2017.

Majken has worked for more than eight years outside of academia as a social educator in Denmark and a civil servant in the Norwegian public administration. These jobs have exposed her to the diverse everyday challenges facing citizens in a so-called welfare state, something which Majken finds extremely useful when teaching sociology. During her six years employed as an advisor by the Norwegian county council in Østfold, Majken worked with questions related to universal design and inclusion of immigrants, elderly people and people with disabilities in regional decision making.