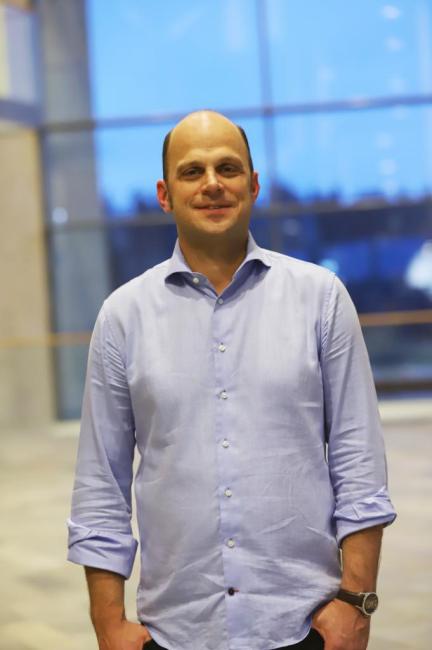 My research interests are in kinetic theory and related topics. Especially, I study the Boltzmann equation or Boltzmann-like equations.

More recently, I have studied existence and uniqueness of boundary layers for the full Boltzmann equation - in form of joint work, or, to a large extent based on discussions, with Prof. Francois Golse at Ecole Polytechnique - including for regime transitions. Studies for corresponding linearized problems have been made also in a general setting, i.e., applicable for models for multicomponent and polyatomic gases. Essential mathematical properties of the (full) linearized collision operator for multicomponent and polyatomic gases have been studied in a series of recent papers.

Niclas was born in 1971 in Lund. He got his B.Sc. (M.Sc.) in Mathematics at Uppsala University in 1995 (1998) and a diploma as Upper Secondary School Teacher in Mathematics from Stockholm Institute of Education in 1996.

In July 1996 he become a lecturer at Karlstad University, where he began his PhD studies in 2000, presented his licentiate thesis "Discrete Velocity Models and Half-Space Problems" in 2003, and awarded his PhD in Mathematics in 2005. The title of his PhD thesis was "On Half-Space and Shock-Wave Problems for Discrete Velocity Models of the Boltzmann Equation". In 2005 he become promoted to senior lecturer/assistant professor, and in 2015 he become a Docent (associate professor) in Mathematics at Karlstad University.

Niclas was second reviewer for the doctoral thesis of Thomas Sasse at TU Ilmenau in 2022.

The Boltzmann equation: in the trail of Torsten Carleman May 16-22, 2022, Stockholm

The Legacy of Carlo Cercignani: from Kinetic Theory to Turbulence Modeling May 24-28, 2021, Milan/Online, Italy

N. Bernhoff, Half-Space Problems for the Boltzmann Equation of Multicomponent Mixtures, in From Kinetic Theory to Turbulence Modeling, Springer (2023) pp. 37-49