Epistemologies of Religious Education Research in the Nordic Welfare states

As a research discipline subject matter didactics or subject didactics (“ämnesdidaktik”, “fagdidaktik(k)”) in the Nordic states has, as is the case in for instance other European regions, developed in relation to the academization and professionalization of the educational sciences in general and thus also to the education of teachers (Hofstetter & Schnewly, 2002). This also goes for religious education as an object of research as well as of developmental educational aspirations based on science or aiming at being science (Vetenskab, Wissenschaft). Unlike many other subject didactics, RE is, however, related to two sets of institutional practices that have shown a growing interest in education and religion – an interest with academic consequences – namely school and church. This has meant that RE was an established academic discipline in theological faculties in several Nordic countries, with roots in catechetic and practical theology, before the general interest in subject matter didactics increased from the 1960s onwards, often under the name religionspedagogik[k]/religionspædagogik [Pedagogy of Religion] (Osbeck & Lied, 2012a). 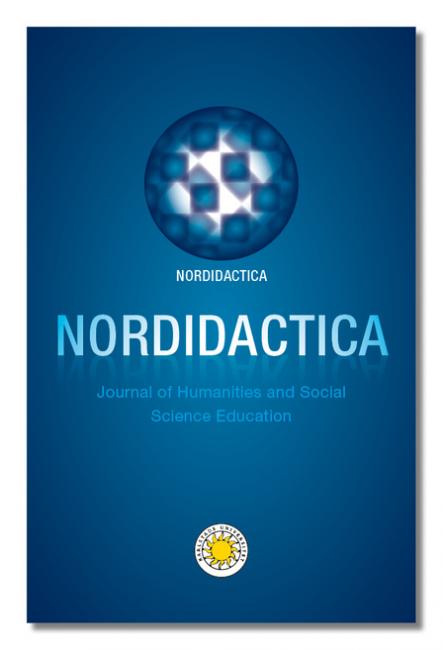 This special issue springs from and bases itself on the framing and the papers originally produced for a symposium held at the biannual Nordic Religious Education Conference in Tartu, Estonia 2015. This research conference has since the 1980s brought together scholars of religious education in the Nordic states, where recently also scholars of Baltic religious education have joined as participants as well as on the organizing committee. This also means that the conference includes work conducted by scholars institutionally placed in the Nordic region, but whose research transcends such borders, as well as the other way around: researchers of Nordic religious education institutionally based outside the region, a development which might become more pronounced in the years to come.

In the particular symposium of which this special issue is a result, the subject and object of scholarly discussions were, however, the epistemologies behind research in religious education throughout the traditional North and thus the 20th century welfare state in Norden – the Nordic region. The concept of epistemologies in this context aims at describing the ways scholarly knowledge about religion and education is produced and structured in relation to disciplinary and institutional structures. The concern of the symposium was, by extension, to examine different conditions for knowledge re/production on Religious Education in the Nordic countries and to discuss how for instance academic disciplines work as frames for ongoing developments of knowledge, primarily research contributions.

The first section of this special issue features the elaborated versions of the papers that deal with each of the five nations. This means that the framing of this section goes along nation state lines with regard to the topics of the articles:

Gunnar Gunnarson deals with RE research in Iceland, whereas Geir Skeie deals with the Norwegian context, and Mette Buchardt with the Danish, all based on defended dissertations having religion and education as their objects. This serves as a basis for sketching out a landscape of the conditions for knowledge production on RE in the countries in question. The same is the case with Christina Osbeck’s article on RE research in Sweden and Martin Ubani’s on RE research in Finland, but Osbeck and Ubani deal with for instance RE-didactical handbooks as key material as well. The authors in this section are all institutionally based in the national context they write about, be it full or part time.

In the second section two articles cut across these national lines: In two responding articles, Bernd Krupka, institutionally based in Norway, but with an academic background in Germany, and Sven Hartman with an institutional history in Sweden comment on the articles concerning the national contexts, and point to for instance international and disciplinary dimensions across these articles.