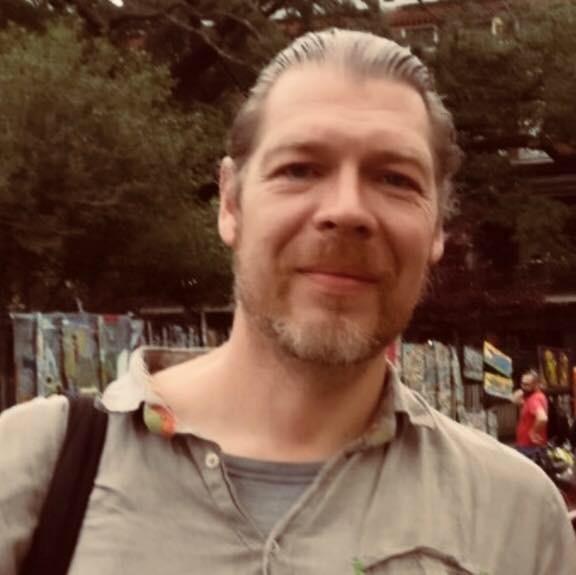 I am a professor in human geography and currently editor for Geografiska Annaler B: Human Geography.

With a Bachelor in political science and a Ph.D. in human geography I consider myself being a political geographer interested in how power over territories are articulated, implemented and consolidated. In my Ph.D. from 2003 (in Swedish) I studied how the spatial visions regarding the future of the transnational Öresund region was used as a discursive tool to “steer” the societal development in a certain (neoliberal) direction as the same time as the same spatial visions excluded alternative geographies. Thereafter I paid some attention on how political and economic interests strive to create a “Europe on speed”, that is, through different infrastructure projects build a “dromocratic Europe”. In the political vision of “Europe on speed”, laid out by dromomaniacs, democratic questions and concerns increasingly give away to a “politics of dromocracy”, in which questions concerning identity, community and civic society are increasingly tied to aspects of speed, acceleration and velocity.

On the Department of Service Management between 2000-2020, my research interests has broadened, through an additional interest in the spatiality of the service economy. To some degree, my interest overlaps the research focus in Critical Management Studies (CMS), especially on issues like work-place subjectification and employee discipline-and-surveillance. To me, the inhuman gains terrain in society, and inhuman figures expresses what an extrapolated capitalism demands in order to be able to continue its destructive and nihilistic trajectory. When you think about it, the experience-seeking, sophisticated and resourceful tourist that all cities try to attract, is that figure not quite similar to the eloquent vampire popularized through motives and TV-series? Another, more or less familiar figure is the service worker, sometimes depicted as a robot sometimes dehumanized in another ontological direction - turned into a slave (service/servus is Latin for slave). The inhuman in different guises, as ontological figures, imagines a service society in which some are bound to always be an advanced tourist destined to consume themselves into nihilistic oblivion and some are bound to reduce their humanness as objectified service workers, reduced to a slave-like service class.

Contemporary society, the service society is therefore an inherently, and increasingly inhumane society, in which a more and more harsh biopolitics converge with postpolitical tendencies (the out-definition of politics, for instance in medical care when the patient, [the citizen seeking medical care], is discursively transformed into a consumer, a customer). This inhuman and inhumane society, with branded cities, zone-like servicescapes and cadres of oppressed service workers, is both biopolitical and postpolitical. It also follows a corresponding spatial logic of the camp. The all-inclusive tourist resort is its paradigm, an organized spatiality in which different service discourses are actualized and materialized, reducing the humanness in society.

The postpolitical, biopolitical and geopolitical of the service society need to be further addressed, at least on two analytical levels. Firstly, regarding its empirical expressions (manifestations, actualizations, events and materializations): all-inclusive resorts, city regenerations, planning practices, retailscapes etc. Secondly, on a more ontological level, regarding its spatiality in a metaphysical sense. We need to address the service society not through the habitual conventional topographical gaze, but through a topological glance at what is actualized (the tourism industry, the organization, the store, the consumer) in order to widen the ontological horizon. Society can not only be seen as a geographical surface of events in which distance and other Cartesian measures are deciding, but as a complex spatiality topologically related in twists, thresholds, manifolds. The shanty towns outside the exclusive all-inclusive resort may be close geographically, but relationally both close and far away, worlds apart but simultaneously connected in an imperialistic and (post)colonial tourism industry. The inhuman appears in many shapes.