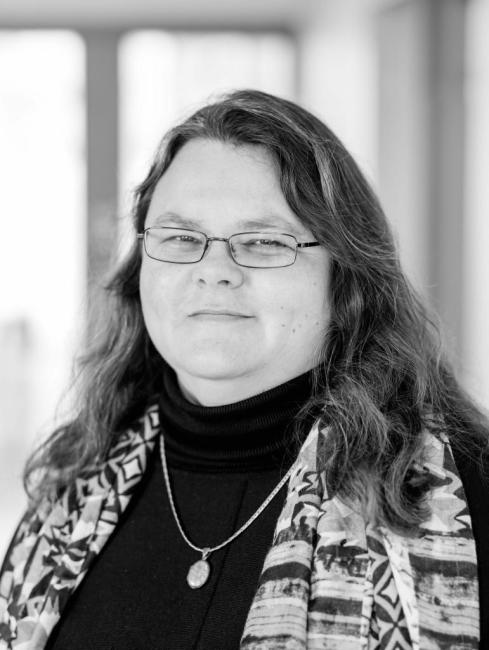 My research interests and expertise lie in:

For a full list of publications, please see my DiVA record.

I teach a range of English linguistics courses at all levels, including teacher education. I have extensive experience in teaching and supervising in both applied and theoretical linguistics, and have taught courses in Australia, Denmark, France, Germany, Italy, Spain, and Sweden.

Courses at graduate and postgraduate level have included:

I completed a Teaching in Secondary and Upper Secondary School degree as well as a Master's in Mathematics in Aachen (Germany), before being awarded a PhD in Theoretical Linguistics in Munich (Germany) in 2003. From 2003-2016, I worked as Postdoctoral Fellow and Lecturer at the University of New England (Australia), and as Lecturer, Senior Lecturer and finally Associate Professor at Griffith University (Australia), before accepting the position of Professor in English Linguistics at Karlstad University in 2016. I also held the position of Adjunct Professor at Griffith University from 2018 to 2020, and am currently a Research Affiliate at the Australian Research Council Centre of Excellence for the Dynamics of Language (CoEDL) (Australia). Since 2018, I have also been Co-Director of the Centre for Language and Literature Education (CSL) at Karlstad University.

Over the years, I have been a Visiting Scholar at the Leibniz-Centre General Linguistics (ZAS) in Berlin (Germany), the Max-Planck-Institute (MPI) in Nijmegen (Netherlands), and at the Universities of Stuttgart and Munich (Germany). I co-founded and co-coordinate the International Association of Applied Linguistics (AILA) Research Network (ReN) on “Social and Affective Factors in Home Language Maintenance and Development”, which currently has around 190 members from more than 30 countries.

I am an editor-in-chief of the fully open access book series Current Issues in Bilingualism (Language Science Press), an editor of the open access Journal of Home Language Research (Stockholm University), and an Editorial Board Member of the Open Handbooks in Linguistics series (MIT Press). I have reviewed grant applications for several research councils (including the Australian Research Council and the European Commission) as well as journal articles, manuscripts and book proposals for a large number of international journals and publishers. Moreover, I have supervised and examined Bachelor, Honours, Master’s and PhD theses in Australia, Germany, the Netherlands, New Zealand, and Sweden.