A large-scale study reveals that Swedish teenagers who spend a lot of time playing video games excel when it comes to knowing many words in English. Compared to their non-gaming peers, the gamers score significantly higher for particularly difficult words. The study also concludes that the time played is more important than the type of game played for predicting vocabulary scores. The fact that the study draws on multiple datasets collected from more than 1,000 students makes it unique in the field.

Pia Sundqvist, associate professor in English at Karlstad University and the University of Oslo, is responsible for the study and somewhat surprised at its results.

"I had expected gamers to know more words than non-gamers because we have seen this in previous small-scale studies from around the world, not only in Scandinavia. However, I was surprised to learn that the time they reported playing commercial-off-the-shelf games mattered more for their English vocabulary than what types of games they played", says Pia Sundqvist.

Time matters more than type of game
During three years, Sundqvist collected vocabulary test data from three cohorts of 15- and 16-year-olds in the 9th grade from schools across Sweden. A total of 1,069 students participated and in addition to completing two English vocabulary tests, where the first measured productive vocabulary knowledge and the second receptive knowledge, the students filled out a questionnaire.

"They answered questions about their extramural English habits in general, that is, what they use English for outside of school. Then the questions zoomed in on gaming, for example by asking how often they played, for how long, and what types of games they preferred. They listed their favorite games – altogether there were 136 different game titles, from Anno 1404 to Zelda."

All games were categorized according to a model that reflects the scale of the social interaction in a game, such as singleplayer, multiplayer, and massively multiplayer online (MMO) games. This classification was used for the ‘type of game variable’ and everything was analyzed statistically.

Binge-watching films and series matter
An additional small sample of 16 students was part of the study. They answered the same questionnaire, but were also interviewed about their involvement in everyday English-mediated activities. The interviews yielded important qualitative data for the analytical work. Sundqvist also collected English essays written as part of the national test in English from this sample, and analyzed the texts in terms of the students’ use of advanced, or infrequent, vocabulary.

"The investigation of the essays pretty much confirmed what I had seen in the results from the large sample; the ones who were gamers were very skilled with regard to using advanced words. However, so were some non-gamers, but only those who claimed to spend a great deal of time on other extramural English activities than gaming, such as binge-watching series on Netflix or watching YouTube videos," says Sundqvist.

"So, it appears that playing video games is crucial for incidental, informal learning of English vocabulary, but it is obviously not the only variable that aids learning."

In the study, Sundqvist examined the results on the productive vocabulary test in great detail. Contrary to popular belief, the results show that gamers’ knowledge of English vocabulary is not restricted to game-specific words.

"The students took a commonly used vocabulary test that includes lexical items that are not particular to video games in any way, except for maybe one of the tested words – saturated. Interestingly, only gamers knew that word, and it can possibly be an example of specific gameplay vocabulary, or at least easily connected with digital skills, as saturation has to do with image settings", Sundqvist explains.

She concludes by saying that the interviews showed evidence of Swedish teenagers who identified themselves not as learners of English, but as users. Many also appeared to have internalized English to the extent that it is a natural part of their everyday life.

Sundqvist also points out that more research in this field is needed to detangle the specific interplay of variables. For instance, it is possible that another type of game categorization than the one used in this study may yield other findings with regard to the role of game type in vocabulary learning.

*Language Learning & Technology, 23 February 2019, p 87–113. Sundqvist, P. (2019). Commercial-off-the-shelf games in the digital wild and L2 learner vocabulary.
The study has partly been carried out within Centre for Language and Literature Education, CSL, and Research on Subject-specific Education, Rose, both at Karlstad University 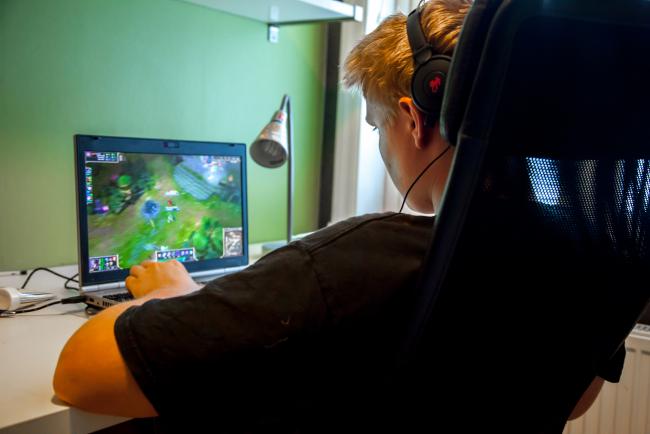 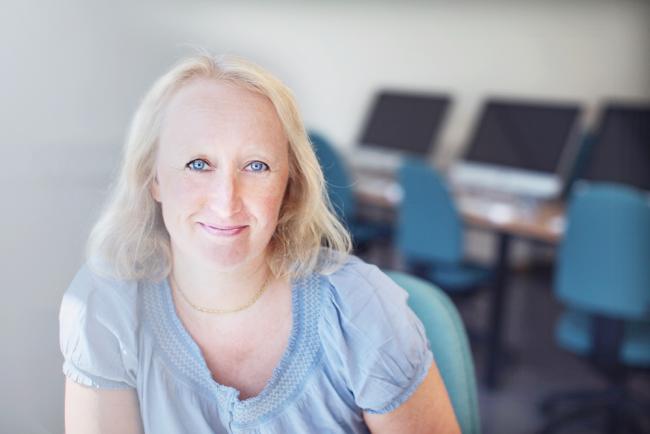 Maria Obed
Pia Sundqvist, associate professor in English at Karlstad University and the University of Oslo, is responsible for the study.

Maria Obed
Pia Sundqvist, associate professor in English at Karlstad University and the University of Oslo, is responsible for the study.