From tree-hugging hippies to furious kids - climate change in media

Climate change communication spans several disciplines, which in many cases have an insufficient understanding of the each other’s research traditions. Sol Agin has compiled the literature review Mapping the Field of Climate Change Communication 1993–2018.

- The purpose of our systematic literature review is to shed light on the field of environment and climate change communication, says Sol Agin, doctoral student in Media and Communication Studies. The study will hopefully provide a better understanding of methodological, theoretical and geographical approaches within the field.

The climate change debate might seem new - but that is not the case. How did it start?

- The debate is far older than what I and Michael Karlsson, Professor of Media and Communication Studies, mention in the article. It goes as far back as the ‘50s. The development of the modern society brought with it pollution, so the debate has been around ever since we started polluting. However, the debate has developed and we have begun to use other terms.

The debate as we know it today - when did it start?

- It is fairly new. When the American environmental activist, politician and Nobel Peace Prize winner Al Gore released his documentary, An Inconvenient Truth, something happened. The debate saw a change in terminology. For example, the public started to follow the debate on global warming and understood that it was a bigger and more far-reaching problem. Not just something researchers examined. It led to a switch from talking about the greenhouse effect to climate change.

Can An Inconvenient Truth be regarded as a game changer?

- It was partly because of it that the general public discovered these issues. But at the same time, the documentary has received a lot of criticism. Many people thought that it exaggerated. One interesting aspect is that the sequel is even more uncomfortable and shows that things look even worse. Al Gore used many visual tricks, which made a big difference. The result was that people did not just talk about the effects on our planet, but also about how mankind will be affected by climate change.

- What will happen to those of us who live in cities? How will our coastal areas be affected? Or our industries and our way of life? And last but not least, how will people make a living? What Al Gore’s documentary did that was new, was catching the interest of the general public and show that this information is not just for research reports.

One big debate within the field of environmental communication is how these issues should be communicated. Should you talk about numbers? Should you employ so-called fear appeal, which is scare tactics? To frighten people can result in mobilisation, but at the same time an inability to act can set in if you scare people too much. Sol Agin believes that balance is needed.

- There is a limit you have to consider. Research shows that optimism is effective - the so-called “yes we can” spirit. This can provide a feeling of hope. At the same time we need to be realistic when talking about this subject, since it actually does look rather bleak. We are going to have to live with certain changes, since we have already reached the tipping points. We have to accept that but we can prevent things from becoming even worse.

The field of climate change is extremely complex. There are different sides in the debate, with criticisms coming from many places and with social media inflating it. How has it become so easy to have opinions about something so complex?

- Much have been written about this very subject. I think it is partly precisely because it is such a difficult and complex subject. You read the small parts you happen to come across and then you dig into your networks and social platforms. There, it is easy to find information that confirms your world view.

- If you have a pre-determined political stance and you are against something, for example, then it is easier to take a certain position in the debate and to not be open to any other arguments. The complexity of the subject makes it hard to see the whole picture, which makes it one-sided. You get an information overload and it is easy to get stuck in one way of thinking. When you have made your stance it is hard to absorb new information.

As a researcher or environmental scientist it should be a dream come true to see your field receive so much attention. Can it also be a burden with such an enormous exposure? There are no clear paths to follow for those who are curious, for example.

- In a way, it is worrisome and it is one of the reasons for this article. We wanted to examine what paths there are to follow. It took 2.5 years from when we started working until the article was published, and during this time a lot has happened in this field. Media in general and news media in particular have a responsibility to report on this in a way that people can understand. When we talk about politics, economy and that the way our entire society is structured needs to change, the range tends to be very wide. From an information standpoint it is then fairly easy to choose a certain perspective when reporting, which makes it pretty one-sided and hard to grasp the full picture.

Are journalists capable of communicating this subject in a good way?

- Behind the climate change there are complex weather phenomenon, for example, and when natural scientists start spouting numbers and terms, they often lose the target audience. If the research cannot explain things in a simple way – how could a journalist be expected to be able to do so? I think they are doing the best they can, even if the reporting could be better. In my world, every news broadcast should devote at least five minutes to climate change.

What importance have activists like Greta Thunberg had in the debate?

- There is still a debate about this, and the effects of these activists is its own field of research. The environmental movement in the 1960s consisted of tree-hugging hippies - today, the movement is comprised of Greta Thunberg’s Future Fridays and groups such as Extinction Rebellion, with a whole bunch of researchers backing them up. As youths they lack the right to vote, so it has been an eye-opener that so many young people take a stand on an issue they cannot affect in any other way. What we as adults do and have done, they are going to have to live with. When the shit hits the fan, today’s policymakers will already be gone. So how they protest can have a bigger effect than we might think. However, it can be perceived as insincere to, for example, invite Greta Thunberg to a lot of meetings - it can be perceived as greenwashing. You have to remember that political decisions govern what goes on behind the curtains. Again, it is a complex issue and we do not have any easy answers.

Did you discover anything surprising when working on the article?

- We expected to find many framing analyses directed at the west. That was not surprising. I did not expect, however, that the field would be so methodological and limited in its subject of study. If you look at what is actually being examined, I did not think there would be such an overwhelming amount of news media. I thought that politicians and institutions would receive more attention. Then you watch the news about the indigenous people of the Amazon who opposes the devastation of the rain forest - which is a climate change issue. I thought there would be more of that sort of thing, but these kinds of reports were not well-represented.

Something I think is worth emphasising is that the research is bad at covering the areas which are affected the most by climate change. They are often portrayed in media as something happening far away and not in our own backyard. They are not represented in the research and I think that is a shame. 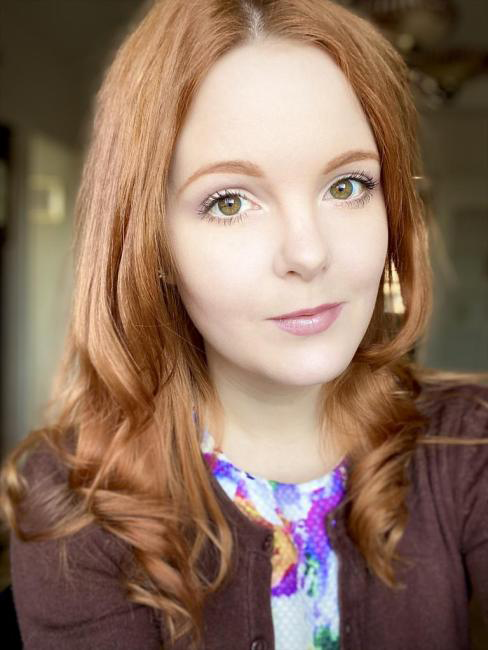