They are the top programmers in Karlstad

Students, alumni, and representatives from local IT and technology businesses competed in the Karlstad Programming Contest on 5 October. After the contest, team Bug Repellent, consisting of Dan Wolff, Klara Jonsson, and Sigrid Österling Sicking (all of them from Altran), were pronounced winners after having solved five tasks.

For a third time since the contest was initiated in 2012, Dan Wolff was a member of the winning team.

“It seems as though my strategy works, that is to find and solve the easiest tasks first and not get stuck for too long trying to solve any one task,” says Dan Wolff.
“This type of problem-solving is great fun, and the fact that it is a competition makes it a special challenge, everyone tries a bit harder. In addition, the contest is a great opportunity to meet other people who like programming. Even though we compete against each other, it feels as though we are competing together.”

“Interest in this contest increases each year,” says Jonathan Vestin, contest director and a lecturer in Computer Science at Karlstad University. “Last year, there were ten competing teams compared to 15 this year. Many contestants have taken part before, and that is a good sign indicating that the level of the tasks and the setup is just right.” 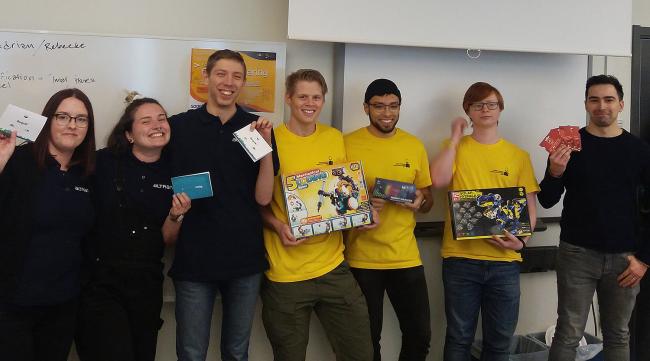