Having the opportunity to practise arguing a case in a complex tax dispute and doing it in the premises of the Administrative Court is worth a great deal for the future professional role. Towards the end of their master's programme in tax law, students at Karlstad University Business School have the opportunity to argue a case and answer questions before a judge in the Administrative Court.

The Master Programme in Tax Law (one year) is designed for Bachelors in business, economics, law or jurisprudence who are interested in working as tax consultants in authorities, companies, consultancies or other organisations. The programme comprises a specialisation in Swedish corporate taxation, international tax law and tax procedures.

"We put a great deal of emphasis on practising legal procedures, writing and discussing tax law issues and problems in preparation of the future role in the area of taxation. To this end we have also introduced roleplay in conjunction with the administrative court in Karlstad, " says Anders Hultqvist, programme coordinator and professor of fiscal law.

Roleplay boosts professional confidence
Students work on different tax lawsuits in pairs for the roleplay. Their task is to argue a case in the administrative court and be prepared to answer questions.

"It was a very enjoyable and authentic exercise and we got excellent feedback. We students acted as each other's opponents and the court participated with professional judges who asked relevant questions. I felt that I learnt a lot, not least gained confidence and not being afraid of speaking my mind on the basis of my material. I have to confess that I was very nervous before but the experience of having appeared in court is invaluable," says Frida Karlsson, one of the master's students, who has recently embarked on a career at the Tax Agency.

The court president was Stig von Bahr, who, among other positions, has been an EU court judge and chair of the Regulatory Council, along with Gustav Berner, law clerk, and Erik Ljungquist, administrative fiscal, both employed at the administrative court in Karlstad.

"Our role was to listen and focus on the professional role, how the students argued their cases and the legal arguments they presented. We were pleasantly surprised by how well they managed the oral presentation. They also managed difficult legal questions better than expected and did so in an impressive way," says Erik Ljunquist.

His colleague Gustav Berner agrees:
"It was interesting to see how they approached the task and how well they presented their arguments pedagogically. For some, this was their first appearance in court. It must very valuable for students to have this kind of experience. It's also a way of testing if you are suited for the profession and like speaking in court, for instance."

Profession requiring language skills
Language skills and the art of expressing oneself clearly is an important part of the legal profession.

"The challenge is to keep an appropriate level, linguistically speaking. This is particularly difficult in tax disputes with many legal terms. At the court we work actively to use a clear and concise version of modern Swedish. Our written language, must be easy to understand for all concerned," Erik Ljungquist explains.

A lawyer must also have sound judgement, and not least, analytical and cooperation skills.

"And you must be able to handle a heavy workload. At the administrative court and other courts, you know, employees don't decide the number of incoming cases and how quickly they have to be dealt with," Erik Ljungquist adds.

Gender main-streaming in Swedish courts
The walls of the assembly areas outside the courtrooms are filled with old portraits. Of men. What is the state of gender balance in the courtrooms today?

"We make efforts regarding gender main-streaming and the minister for gender equality has toured the premises. This is why all the portraits hang here to indicate history. Today, more than half of Swedish judges are women," as Gustav Berner points out.

Find out more about the Master's Degree Programme in Tax Law at kau.se/en/hhk 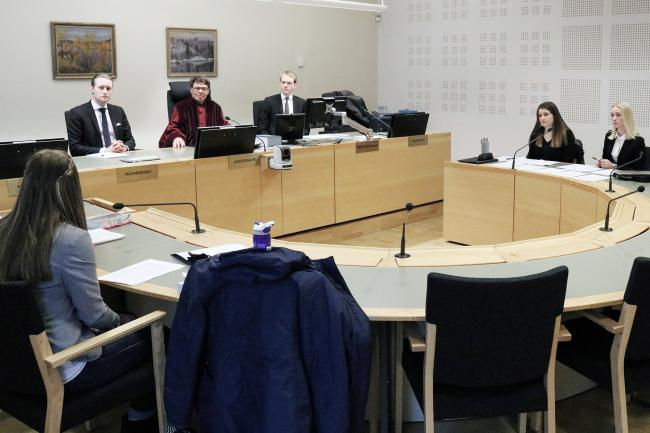 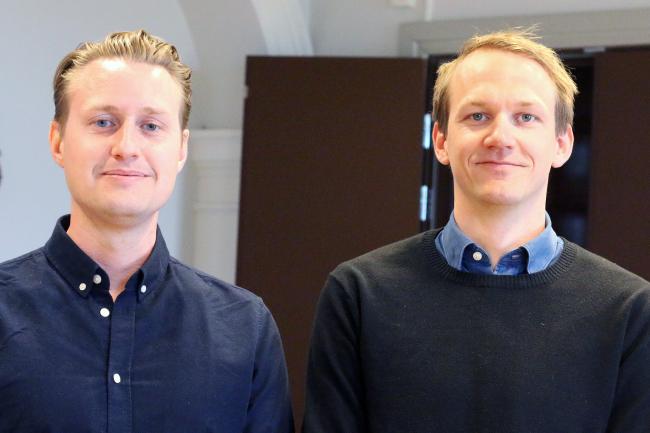 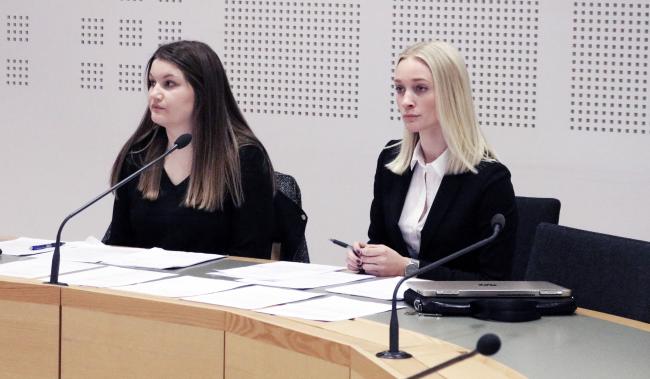