The second Mathematics Meets Industry day (MIMM®) was held at Karlstad University on 12 December. Together with representatives from Rolls-Royce, Sogeti and Uddeholm, upper-secondary students, university students, researchers and teachers tried to find mathematical solutions to problems that are yet to be solved.

“We want to showcase Värmland as a basis for attractive employers that use mathematics in advanced modern technology. An important part is showing how much fun mathematics is and to give upper-secondary and university students a taste of using applied mathematics in various workplaces,” says Adrian Muntean, professor of Mathematics who organised the day with Elisabet Mellroth, PhD in Pedagogical Work.

Three different problems
The day started when the three companies each presented a mathematical challenge. Thereafter participants were divided into groups to discuss different solutions. Sogeti’s problem was how the bonus–malus system affects consumers’ car purchases. The other two companies presented problems regarding the optimisation of processes: Uddeholm wants to develop mathematical methods for analysing the structure of steel through image processing, while Rolls-Royce’s problem involved calculating how a sustainable propeller could be manufactured.

“You are often alone when solving mathematical problems. Sometimes I wish I had a group of mathematicians to ask questions, just like today! It was interesting to encounter new angles and approaches to questions I work with every day,” says Rickard Gustafsson, methods developer at the Rolls-Royce Hydrodynamic Research Centre in Kristinehamn.

More upper-secondary students participated this year than last year. One of them was Klara Fernlöf, who is currently on the third year of Lillerudgymnasiet’s natural science programme.

“Maths had mainly been theoretical in school, so it’s fun to work with real problems. Beforehand I was a bit uncertain whether my mathematical skills would be enough, but I think I followed the discussions well and could make a contribution.”

How it went
At the end of the day, Uddeholm’s problem was close to being solved. Rolls-Royce had a new idea that they could test almost immediately using their systems. Sogeti’s team had developed a model in which scenarios surrounding the bonus–malus system’s effects can be played out and assessed critically. 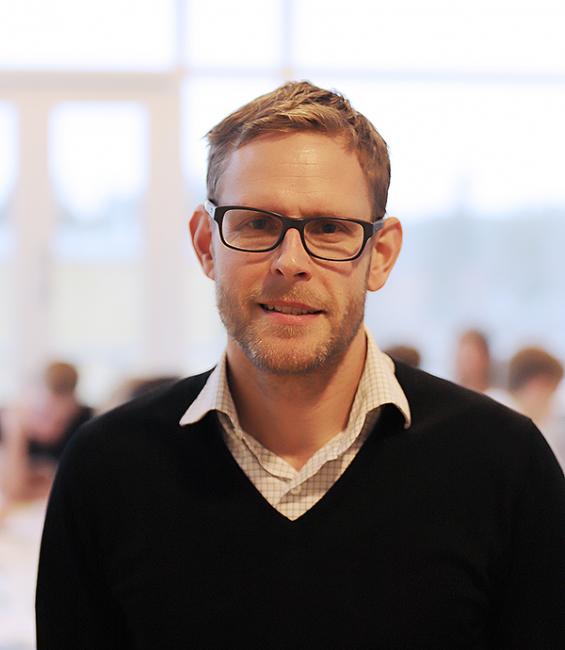 Professor Adrian Muntean is having a look at one of the students' attempt to solve one of the problems.

Professor Adrian Muntean is having a look at one of the students' attempt to solve one of the problems.