On 10 December, the third Mathematics Meets Industry Day (MIMM®) was arranged at Karlstad University. Representatives from Kongsberg, Region Värmland, and Uddeholm participated, and together with upper secondary school students, university students, and researchers they tried to find mathematical solutions for previously unsolved problems.

“The purpose of this day is to demonstrate to the industry the benefits of working with mathematicians. We also want to show upper secondary school students how much fun applied mathematics is and how many potential career paths it can offer,” says Elisabeth Mellroth, a PhD in Pedagogical Work and a teacher at the Sundsta-Älvkulle upper secondary school, who arranged the event together with Adrian Muntean, Professor of Mathematics at Karlstad University.

Three problems
As an introduction to the one-day event, the three industry participants presented one mathematical challenge each. Then all participants were divided into groups to discuss alternative solutions. Uddeholm’s problem concerned how the toughness of steel varies for one and the same steel material that has been cast in different size molds. Kongsberg’s problem involved how they might load their products in shipping containers in the most cost effective manner. Region Värmland wanted to know how to calculate the optimal dose of radiation for cancer treatment at the level of individuals.

“The result of radiation treatment depends to a great extent on the amount of oxygen in the tumour cells. The effect can be as much as three times as potent if the tumour is fully oxygenic, compared to if it is not,” says Jakob Lagerlöf, a hospital physicist at Centralsjukhuset in Karlstad. “We know that some types of tumours tend to respond more to radiation, others less. The dosage is calculated at the level of the population and not at the level of individuals, which means that some patients receive too much radiation and some patients too little. We lack a quick method for assessing how oxygenic the tumour is.”

“This is a problem that I have been working on a great deal and tried to find solutions for, but I have realised that it is very complex. The reason why I am here today is that I want more input from people educated in mathematics.”

“It feels as though I have learnt so much just through discussing different ideas with the other people in my group. The range of different types of mathematics knowledge allowed all of us to come up with different strategies for solving problems. It has been great fun and instructive to be a part of this,” says Martin Wennberg.

How it went
At the end of the day, Kongsberg’s problem was solved in two space dimensions and suggestions were given on how to pack optimally in 3D. Uddeholm’s data turned out not to be not rich enough to allow for the forecast of correct toughness data interpolation points, here collecting more information from samples is needed to allow for meaningful correlations in the data. Region Värmland’s team had developed a number of macroscopic models for the penetration and effective consumption of oxygen within the tissues enclosing the cancer tumour. 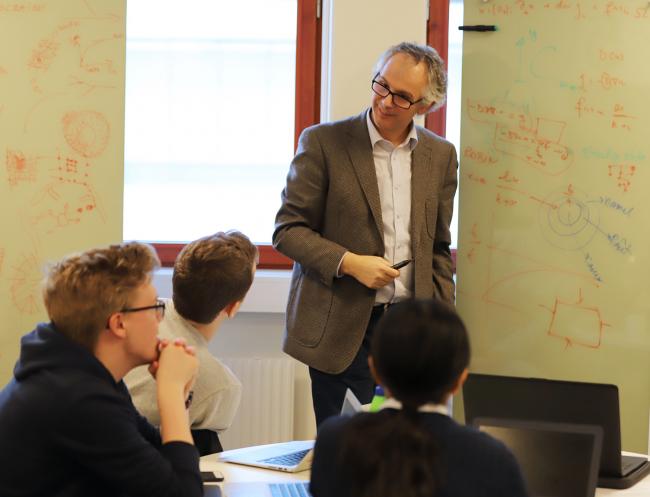 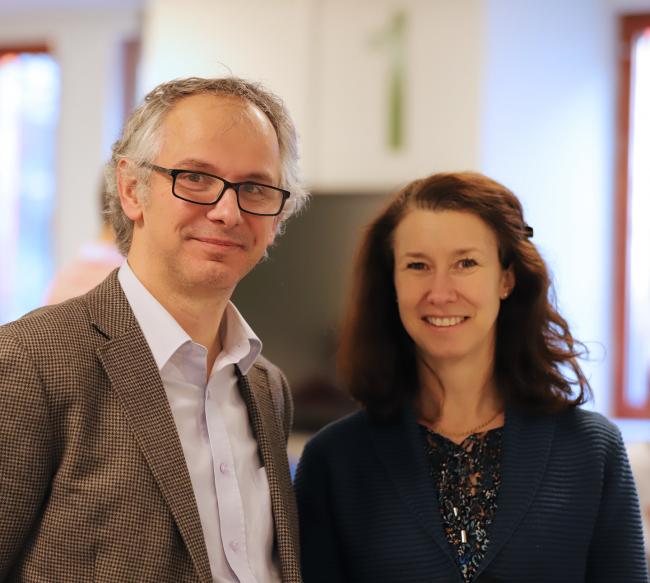 Adrian Muntean and Elisabet Mellroth, organizers of the day. 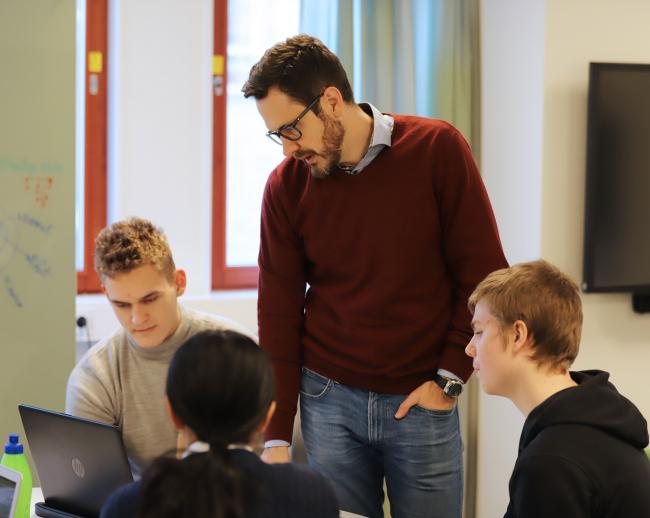 Jakob Lagerlöf (in red shirt) and Martin Wennberg (to the right).

Adrian Muntean and Elisabet Mellroth, organizers of the day.

Jakob Lagerlöf (in red shirt) and Martin Wennberg (to the right).