Increased mental health during the pandemic with interventions

Interventions increase the chances of succeeding in changing and maintaining a new behavior in the long run. This is shown in a recently published study from CTF, Service Research Center at Karlstad University.

"Interventions are about promoting a behavioral change with targeted programs or services," says Frida Skarin, Doctoral Student in Psychology and main author of the article. "The study shows that health-promoting interventions are effective ways to increase well-being and reduce mental illness. Changing a behavior and thereby breaking old habits is difficult, but sometimes necessary - especially when it comes to health, which many have experienced during the current pandemic."

Increased chances of successfully introducing and keeping new habits
Increased well-being through mandatory health-promoting interventions - is it possible? This was the question the researchers started out with when conducting a field study among university students who during six weeks implemented a health-promoting activity in their everyday lives, for example meditating or exercising.

"The chances of maintaining the changed behavior, to make it a habit, increases if you have a positive experience during the intervention period. This means that the design of the intervention is of great importance."

A way to reduce mental illness during the pandemic
- Many people are experiencing the corona pandemic adaption as not good for their mental health. Mental illness, which was increasing before the pandemic, is increasing even faster now, says Frida Skarin. Interventions, similar to the ones in our study, if carried out correctly with relatively simple means, could help people to implement positive behaviors in their daily lives to increase their well-being. This would benefit individuals, organizations and society at large.

What tip can you give to someone who wants to change a behavior?
"Since motivation and belief are crucial, a good tip is to read about positive health-promoting activities and their impact on your well-being. The next step is to make a clear plan, and then it's time to start introducing the new behavior. It is also important to make notes of the new behavior and the progress to keep track of what you actually are doing and to see the improvement which will encourage you to continue." 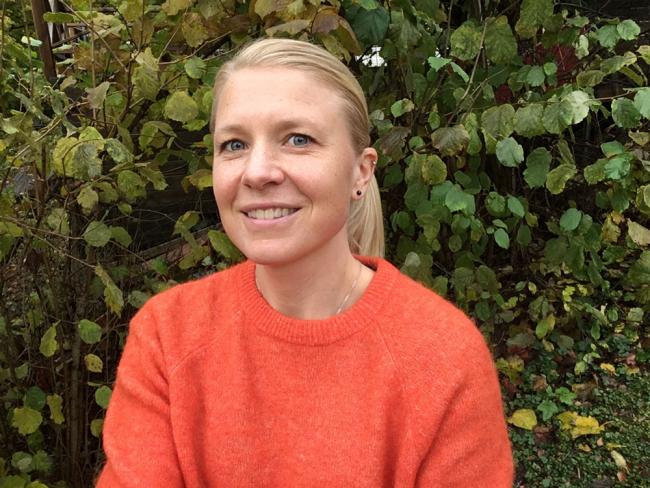