... you started last autum and aim for a doctorate in human geography. What is the topic of your thesis?

"I investigate the relationship between humans, animals and the environment – more specifically between humans, wolves and different spatial conditions. I will focus more closely on three districts: the Stockholm area, Värmland and Sápmi – the Sámi people's area, encompassing the northern part of Sweden, southwards as far as Söderhamn in the east across Sweden to Idre in the west."

How will you conduct the investigation?
"Well, I'm at the beginning of my doctoral project, but I plan to interview people in the three districts about their backgrounds and experiences, a bit like a biography. I'll also ask them to take pictures of places that mean something to them, and let them share the pictures and discuss them."

Why did you choose the relationship between humans, wolves and the environment as your thesis topic?
"My roots are in Värmland, and when I worked on my master thesis in human geography at Stockholm University, I chose the topic of the wolf in Värmland. In Stockholm I discovered that the wolf issue loomed somewhere in my mind even though I was never personally affected by it when I grew up there. We never discussed the issue at home, for instance. As a human geographer I'm interested in problematising landscape places: What do they symbolise, how are they used by people and animals, whose narrative predominates, and what may the consequences be? The wolf can be perceived as an urban/rural symbolic divider, although it's more complicated than that. The existence of wolves is a debated issue and I want to problematise the urban/rural aspect in relation to the being or non-being of the wolf."

How did you come to choose the districts for your study?
"The districts were chosen for three main reasons: There is wolf in Värmland, the wolf is prohibited in rein-deer areas, which rules out the north of Sweden, and there are no wolves in Stockholm, but the occasional wolf might be seen in the outskirts of the more rural outer regions of Stockholm. 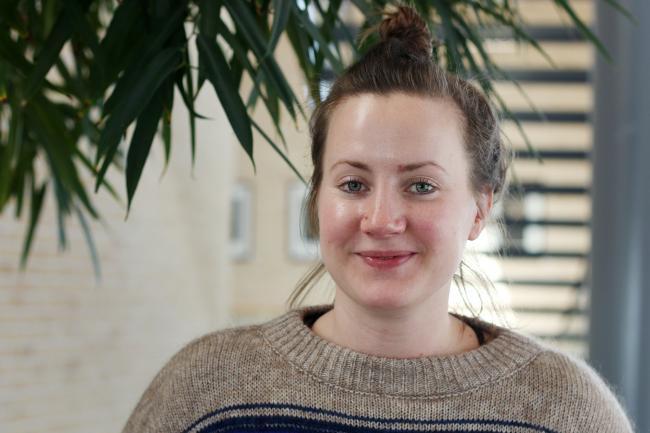