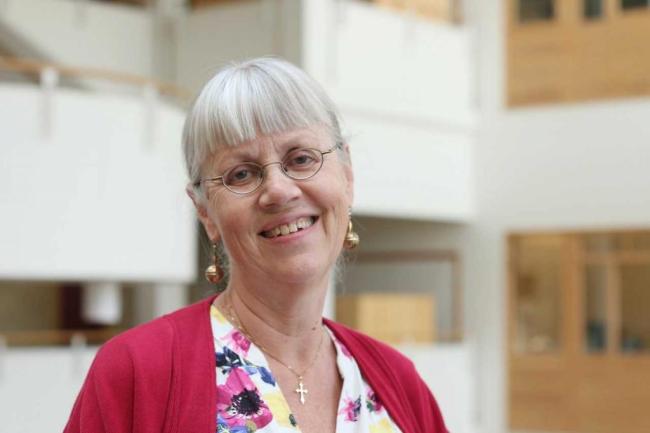 Helene Blomqvist is a member of KuFo (the culture studies research group), one of Karlstad University's prioritized research groups. She is also part of the project A literary history of Värmland (en värmländsk litteraturhistoria). She is engaged in the Nordic Society for Eighteenth Century Studies, in the International Society for Religion, Literature and Culture (IRSLC), and in the Sven Delblanc society. Research interests: 18th-century literary history, narratives of 20th Century Sweden, narratology, semiotics, rhetoric, theory of genres and modes. All of her research borders on the history of ideas as well as church history and history of dogmatics. Blomqvist acquired her Ph.D at the University of Gothenburg in January 1999, with a thesis on the thematic of secularization in the writings of Sven Delblanc. She has published studies on, among others, Pär Lagerkvist, P O Enquist and Agneta Pleijel, on theories of genres and modes, on literary teaching methodology and on Swedish literary history. The years 2012–2014 were spent on a project financed by the Swedish research council (Vetenskapsrådet) on the aesthetics of blasphemy. The project resulted in a monograph focusing the writings of Hedvig Charlotta Nordenflycht. At present Blomqvist is doing research on the influence of Martin Luther on Carl Michael Bellman's Fredman's Epistles, and also on how the problem of suffering and evil was articulated in poems of the 18th century – by Alexander Pope, Albrecht von Haller, Voltaire and Nordenflycht.