Stay on the ground

Air travel accounts for a major share of individual greenhouse gas emissions. A transatlantic round trip adds up to 1.6 tons of carbon dioxide equivalent emission, which is the entire annual carbon budget of a person to maintain a sustainable life. However, the air travel sector is rapidly growing and has almost doubled during the last decade. Transformation in individual air travel is thus vital in the face of climate change.

The intense media debate about “Flygskam” (flight shame) took off in Sweden last year demoralizing air travel at the cost of climate change. Although Sweden is one of the first nations who imposed carbon tax, Swedish society flies 5 times the global average. The flight shame movement managed to bring it down by 4%, supported by people who reduced or even quit flying because of climate concern.

A group of researchers supervised by Avit Bhowmik, Assistant Professor of Risk and Environmental Studies at Karlstad University studied what made people in Sweden to reduce or even quit flying. They also searched for obstructions that prevented people from reducing air travel who didn’t. They interviewed people from both sides and published their results in the journal Sustainability.

Internalized climate education
The researchers found out that the people who managed to reduce or quit flying internalized education about climate change. They were worried about the devastating impacts of climate change and felt the urgency to act now. Whereas people who didn’t reduce flying perceived climate change as a distant fact (researchers call it “cognitive dissonance”) that might or might not impact them in Sweden, although they were well educated about climate. Thus, the researchers point to the role of negative emotions about climate and the importance of introducing climate education already in primary school curriculum.

Political and societal support
The researchers claim that political and societal support are vital for enabling people to reduce flying. They found out that there were many interviewees who were determined to reduce flying but lacked proper alternatives. For example, the train infrastructure is not well developed and train travel is often substantially more expensive than air travel. High environmental tax should be imposed on air travel whereas the train travel should be largely incentivized.

Flying has become a part of our culture and many of the interviewees were afraid of the peer pressure when they decided to reduce or quit flying. But they rather received positive feedback and were encouraged for their decision of supporting environment, which helped them to feel good about their decision and continue not flying!

- We scientists travel around the globe to spread significant messages. But we have to be aware of our own carbon footprint and transform our own air travel behavior. And there should be strong political incentives to help us to do so, says Avit Bhowmik. 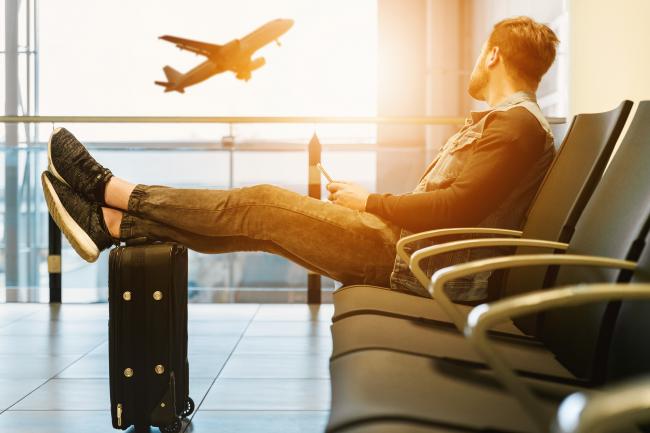