The forced displacement of Sámi people in the early 20th century is an unknown subject for many. Richard Ek has been granted research funding to use digital technology to localise the walking trails and develop them into tourist destinations.

The project is called Sámi Trail of Tears Walking Trail, and aims to examine and prepare walking trail through Northern Sweden’s interior, that will follow the geographical route the displaced Sámi were forced to take in the early 20th century.

– The idea for the project comes from two Sami entrepreneurs in Kiruna. The idea has existed for some time, and was brought forward when Elina Anna Labbas book “Herrarna satte oss hit” (The Gentlemen Put Us Here) was awarded the August Prize. The book is a historical account of the memories of those few who are still alive. This research project is part of a larger effort to highlight Sámi culture and politics.

– The project has several objectives and benefits. The idea is that the walking trail will be maintained by Sámi tourism entrepreneurs and become an opportunity for the Sámi people to tell their story and highlight their culture.

The Swedish government has appointed a truth commission to investigate the oppression of the Sámi people, and the Church of Sweden has issued an official apology.

– The project Sámi Trail of Tears Walking Trail is in tune with what is going on in the society at large, says Richard Ek.

Richard Ek was previously affiliated to Lund University. In connection to moving to Karlstad University, he became interested in the northern parts of Sweden and its history. Forced displacement of minorities is something that has also happened in other countries. Hence, the project will include a collaboration with Australian researchers who have examined how indigenous people there were forced from their land.

– My former colleague Stuart Reid will build a network with colleagues in Australia, where they have experience of this kind of tourism. Best case scenario is if we can start a dialogue between the indigenous people of Australia and the Sámi people in Sweden.

How the project will be carried out

One of the first steps is to visit historical archives to map out where these walking trails actually were. Archives at both the County Council and the Sámi Parliament could hopefully be of help in this. The next step is to contact the municipalities that the trails go through. Finally, tourism entrepreneurs should be involved in order to drum up interest for the walking trail and make sure it becomes a tourist destination.

– This assumes that there are small businesses who are interested. We need an action plan to make all this happen. My role will be to submit applications in order to bring in more funding for continued projects.

According to Richard Ek, digitalisation is of interest for the project. Smart tourism can support and strengthen the project for better international and global reach. It is, however, important to take into consideration the ethical perspective on this, since the forced displacement of the Sámi people was about the colonisation of a people. Increasing the interest for this historical event comes with many benefits, though.

– This kind of tourism and tourism development in a post-colonial context has been around for a long time in Australia, Canada and to a certain extent in the US. This is something new for Northern Europe, though. Norrland’s interior is constantly being depopulated, the mining industry and wind turbines comes with significant consequences for both nature and people in the region. I want to examine how tourism can be a complement in these issues. If the tourism is successful, it could result in more jobs. If we can also inform the public about the Sámi people’s situation by means of digital technology, this would create a bigger interest for the region.

The project Sámi Trail of Tears Walking Trail has been granted 3 400 000 SEK from the Kamprad Family Foundation. 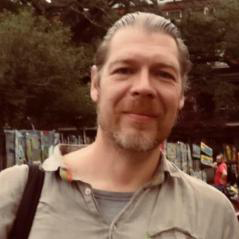