A pioneer in the music industry receives honorary doctorate

The Faculty of Arts and Social Sciences at Karlstad University wishes to honour a person with a prominent role in the Swedish music industry. She also has ties to Värmland and has been of great importance to Ingesund School of Music in connection with the annual Polar Music Prize where she acts as CEO. Marie Ledin is awarded an honorary doctorate at Karlstad University 2020.

Following in her parents’ footsteps, Marie Ledin started her own record label, The Record Station, in the mid-1980s. The label was soon acquired by the giant German music company Bertelsmann Music Group (BMG), and she continued to work within BMG until 1993 when she started yet another record company, Anderson Records. She also founded the publishing house Anderson Pocket in 2005. Marie Ledin has been a board member of the Polar Music Prize since Stikkan Anderson passed away in 1997 and assumed the role of CEO in 2008. She is also a member of other boards, for example, the board of Stockholms Stadsmission.

Has contributed to a broadened network
Marie Ledin has been of great importance to Karlstad University. Especially through her involvement in Ingesund School of Music and promotion of student participation in connection with the prestigious Polar Music Prize. In addition, Marie Ledin has greatly contributed to a broadened network, nationally and internationally, for both teachers and students at the university. She has with great commitment contributed with ideas as well as contacts in the music world and acted as a reference so that courses and environments at the university have been able to develop and grow stronger. Through her efforts, Marie Ledin has skilfully contributed to promoting the interaction between education at Karlstad University and the music industry.
“Marie Ledin’s contribution to Ingesund School of Music has been of great importance for our students and we are very happy to award her with an honorary doctorate,” says Patrik Larsson, Dean of the Faculty of Arts and Social Sciences at Karlstad University. “We look forward to continuing this long and fruitful relationship.”
“What a lovely surprise!” says Marie Ledin. “I am both proud and honoured to be awarded an honorary doctorate at Karlstad University. Especially since Ingesund Folk High School, located right next to the current Ingesund School of Music, was the place where my dear parents, Stikkan and Gudrun, not only studied but also became a couple. I am so grateful and excited.” 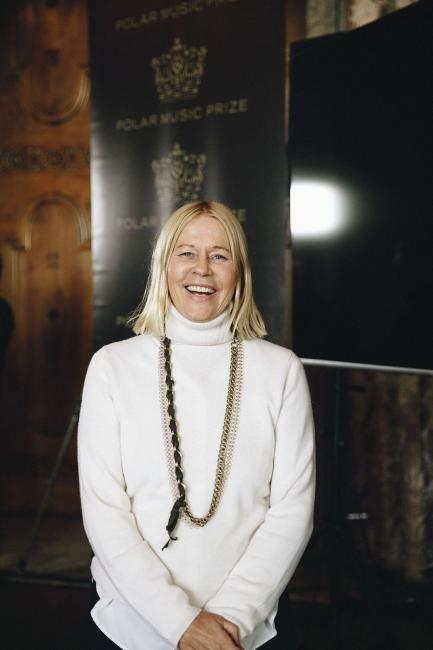