New research project on moving out of big cities

A new research project on the experiences of families who moved out of big cities recently received a grant of SEK 2.9 million from Formas, the Swedish Research Council for Environment, Agricultural Sciences and Spatial Planning. The project is headed by Ulrika Åkerlund, human geographer at the Centre for Regional Studies at Karlstad University, and also involves Erika Sandow from Umeå University.

The project aims to analyse families with children’s move out of big cities as a strategy for creating better work–life balance and improving their quality of life. Moving to a new region involves reorganising many elements of one’s life, including housing, work and leisure time. The project investigates how the organisation of daily life influenced the decision to move, and how movers afterwards experience the effects of leaving big cities.

“There are some societal aspects that can influence families’ daily lives and determine whether they can move. It has for instance become more difficult to live “the good life” in rapidly expanding metropolitan areas with rising house prices and long commutes. At the same time, more flexible employment means that some groups are less tied to a physical workplace. Other reasons for moving from big cities can include environmental awareness, ideals such as downshifting (or living at a slower tempo), and a more gender-equal distribution of household tasks and responsibilities,” says Ulrika Åkerlund, who heads the research project.

Previous Swedish research on moving from cities to rural areas mainly comprises register-based studies that do not capture everyday complexities, the movers’ own reasons for moving, or their experiences in their new locations. Most international and Swedish studies concentrate on the countryside and rural areas rather than on other types of places, such as smaller cities and towns, which are the focus of this project. The researchers will therefore interview families who chose to move from the metropolitan areas of Stockholm, Gothenburg and Malmö to smaller cities and towns.

“We will ask the interviewees to draw mental maps and to show us their everyday environments more concretely through walking interviews. In this way, we want to investigate how the possibilities of organising their daily lives in the metropolitan areas as opposed to their current locations influenced their decision to move. We also want to ask how their lives have changed after moving,” says Ulrika Åkerlund.
This research project will contribute to the overall understanding of how families that move away from big cities experience the opportunities for organising their daily lives before and after moving, and how this is connected to their decision to move as well as their experience of moving to another type of area. This can improve understanding which local resources and services are valued by movers. By extension, this leads to insights into what makes such places attractive. 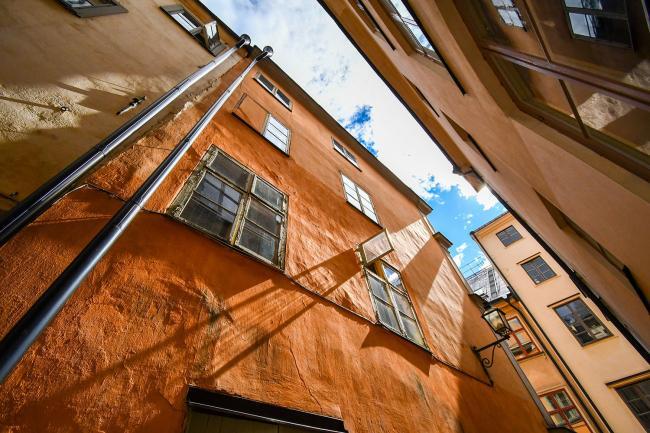 David Wright, Unsplash
Moving out from from the urban jungle is, for some families, a strategy for creating better work–life balance and improving their quality of life.

David Wright, Unsplash
Moving out from from the urban jungle is, for some families, a strategy for creating better work–life balance and improving their quality of life.