A new project will improve performance and privacy for 5G users

The launch of the 5G network is approaching and the expectations are great. Both individuals and businesses are looking forward to higher speed, minimal delays, and the possibility of handling a greater number of connected devices simultaneously. But how do we make optimal use of the potential offered by 5G technology? In the project Performance and Anonymity in future 5G Networks (PAF5G), researchers at Karlstad University will study how performance can be improved through the use of multiple connections, at the same time as users’ privacy is protected.

The 5G network will offer more flexible solutions, which means that users will be able to adapt the technology to their needs.

“Users will be able to prioritise among things that are important to them,” says Per Hurtig, Senior Lecturer in Computer Science at Karlstad University and one of the researchers contributing to the project. “For self-driving cars and the industry, for instance, short delays are extremely important, while high speed is a priority for those who want to watch movies in ultra HD. For smart cities with interconnected street lights and garbage cans that signal when they need emptying, it is important that the network can handle a large number of connected devices.”

During the project, Per Hurtig will examine different ways of distributing data across different connections, something that can lead to shorter delays and greater speed. For example, a mobile phone which is connected to 5G and WiFi might benefit from sending a certain amount of data over the 5G network while the rest of the data is sent over the WiFi network.

“One challenge of this type of multi-path communication is to know how to distribute data across the various paths,” says Per Hurtig. “Factors that influence the decision can be for instance how close to a base station you are, how many others are using the network, and what kind of technology is used, such as 5G or WiFi.”

Stronger privacy protections
Another part of the project is to understand how multiple paths can be used optimally in anonymity networks. Tor, with millions of daily users across the world, is an example of an anonymity network which is important to people in vulnerable situations, for instance for evading surveillance or censorship. For anonymity networks, multiple paths entail both risk and possibility. On the one hand, traffic becomes more accessible for attackers. On the other hand, it becomes more difficult to analyse traffic if only parts of it are available.

“When we understand how to distribute traffic across different paths for optimal performance, we can use this knowledge to make anonymity networks faster and safer,” says Tobias Pulls, also a Senior Lecturer at Karlstad University and a researcher in the project. We hope to be able to find solutions that both improve performance and stronger privacy protections.

The Project, funded by the Swedish Internet Foundation, will run over three years with a budget of SEK 2.5 million.

Read more about the Project (in Swedish) here. 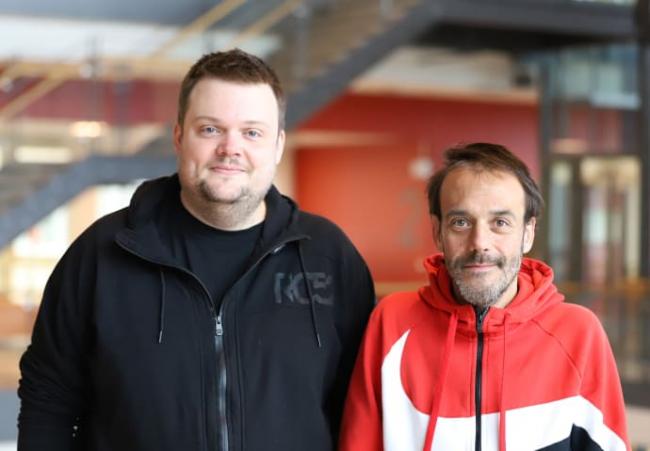 Tobias Pulls and Per Hurtig.

Tobias Pulls and Per Hurtig.