There is a great lack of knowledge among professionals within most government authorities in charge of issues relating honour violence in Sweden. A new project has been initiated at Karlstad University with the aim of implementing more knowledge of honour violence and gender equality in higher education.

The initiator of the project is Marie Karlsson Tuula, professor in civil law who was also appointed ambassador against honour violence by the national association GAPF (Never Forget Pela and Fadime) in January of this year. Together with her colleagues Carolina Jernbro, public health science, Helén Olsson, social work, and Nina Thelander from the teacher education programme, she has made an overview that shows that the discussion on honour violence is limited in the study programmes at Karlstad University today.

”We need to incorporate these issues to a much greater extent in the programmes for professionals who will have vital societal functions, such as teachers, doctors, lawyers, police, nurses and social workers,” says Marie Karlsson Tuula. “These are professional groups that often come into contact with children and adults with violence-related problems, and it is incredibly important that students become aware of the consequences of violence so that they can deal with them when they enter working life.

Legislation was introduced first in 2018
Helén Olsson, senior lecturer in social work and one of the project participants, has together with Ann Bergman, professor in work science, written a report commissioned by the government via the County Administrative Board of Dalarna. The report shows a great lack of knowledge within most of the government agencies that are in charge of these issues.

“Part of the explanation is that the field of violence in close relationships, which also includes honour violence, has not been part of the the training”, says Helén Olsson. “Higher education has taken its time to implement knowledge of family-related violence and the field did not become a mandatory part of education until it was legislated in July 2018. This means that the professional groups who encounter this type of violence do not have the required knowledge. Today, honour violence is only discussed to a limited extent in higher education, which is why most of our professional education and training is flawed. The effort to prevent violence in close relations is one of the greatest social policy reforms implemented in Sweden. Among other things, 20 new legislative amendments have been introduced in the last 15 years and further changes will be made with the near future. Research clearly indicates that those who are subjected to violence in close relationships suffer a great deal of pain that contributes to serious health consequences. It is time for us in higher education to take our responsibility!”

“The field must be highlighted so that future professionals understand the extent of violence in close relationships and the health consequences of this violence”, says Helén Olsson. “How should the problem be raised and recognised within each authority? What questions should professionals ask and how do we approach a person who is subject to violence or who uses violence? What applies when working with children who are subject to violence? How should we work with risk assessment, support and protection? It is also important that professionals become aware of the laws and regulations governing their own profession, as well as being aware of available research in the field.”

Forthcoming anthology and conference
Part of the project is to write an interdisciplinary anthology that will also contain advice and tips on how to increase knowledge of honour violence. On 1–2 December, there will also be a conference held at the university aimed at a broad target group such as county boards and other relevant authorities as well as teachers, other university staff and students. Among the speakers are Mari Heidenborg, former Justice of the Supreme Court and now Chancellor of Justice, and Petra Lundh, Prosecutor-General.

“We want this project to be a flagship for Karlstad University and for other universities to be inspired by our initiative,” says Marie Karlsson Tuula. “Our goal is to shed more light on the problem and to increase the knowledge of honour violence and gender equality in all study programmes. The idea is not to create the content of the programmes, but to contribute to creating a climate that leads to all programmes in higher education taking responsibility and working with these issues based on their capacities.”

Learn more
More information about the conference 1–2 December can be found here. 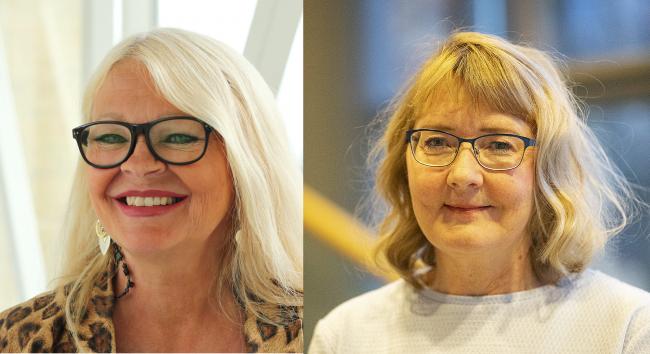