The hunt for the elusive algorithms intensifies

The tech corporations’ algorithms are well-kept secrets. Three researchers, two of which come from Karlstad University, have now made progress and managed to catch a glimpse of what governs what you are exposed to on Facebook.

Researching algorithms is hard, since it is impossible to gain access to the tech corporations’ systems. They are clouded in a technological fog, and the people behind them are contractually bound to secrecy. In a sense, it is a real-life science fiction thriller — a hunt for something elusive that mostly keeps hidden amongst the ones and the zeros.

–We have used the principle of reversed engineering to try and find the algorithm, says Michael Karlsson. As there are no previous methods of doing this, we have had to experiment. We now believe we have spotted the algorithm by comparing what news are prioritised and in what way. Since there are discussions regarding the role of Facebook and other social media when it comes to spreading journalistic content, we wanted to examine this in service of the public. We wanted to see the algorithms at work.

In their study, the researchers compared three groups of content from Swedish news sites. Material from national and local media in 2015 — including Värmland, Västernorrland and Västermanland — have been utilised, by means of the Wayback Machine. The groups were categorised as follows:

Comparisons of the news content in the different groups were performed, in order to find potential similarities and differences, for example if political subjects are equally common in all three groups. Through this comparison, the researchers could see whether the news feed changed passing through the various so-called gatekeepers. Gatekeeping can be people, values or rules that result in certain content passes through a gate and other content is caught and not let through. The three gatekeepers listed in the study are:

Facebook is governed by a commercial advertisement-friendly logic, the public by a social logic where people want to make an impression on each other and maintain relationships, and the publicists’ logic is based on both commercial needs and what is newsworthy from a journalistic perspective.

– We cannot say exactly what the algorithm does, says Michael Karlsson. But we have invented a way of catching a glimpse of the algorithm’s shadow.

Algorithms took over very fast — is there any way for news outlets to gain the upper hand again?

– No, but I think that these sharing algorithms are less important today, due to changes in the media outlets’ strategies, says Michael Karlsson. They don’t rely on the tech corporations as much for spreading their content, but instead use paywalls and subscription services for access to their content. The big media outlets also develop their own algorithms, and they use for example Google’s algorithms. As long as we use computers and smart phones, the algorithms will not go away.

Can you tell us about your findings?

– Apart from being both challenging and interesting to try and find a method for this study — and to be completely transparent, the method is a bit unorthodox and required some innovative thinking — I find it very interesting that the public and the publicists are fairly similar in how they prioritise news. Facebook’s algorithms then kick in and change things up so other content is spread instead. Consequently, it is interesting that research has treated viral content as the sum of many individual decisions by the public. But a very large part of what becomes viral is likely due to Facebook’s algorithms making certain content viral.

Does your study contribute to the field?

– Our study is large and systematic and illustrate previous theories. We now know that the algorithm actually does something and that our method for discovering it has taken one step forward in journalism research. So yes, we have made two clear research contributions.

What kind of attention do you expect this study to receive?

– The most important takeaway from our study is the need to see the algorithms work, and that you have to be accepting of new methods to be able to examine this. I think our study shows that it is possible — or at least that it is possible to try. Hopefully, the study can also highlight the shift in power that the algorithms have brought. This kind of research increases the pressure on this tech platforms to explain themselves in public.

The study was financed by Anderstiftelsen. 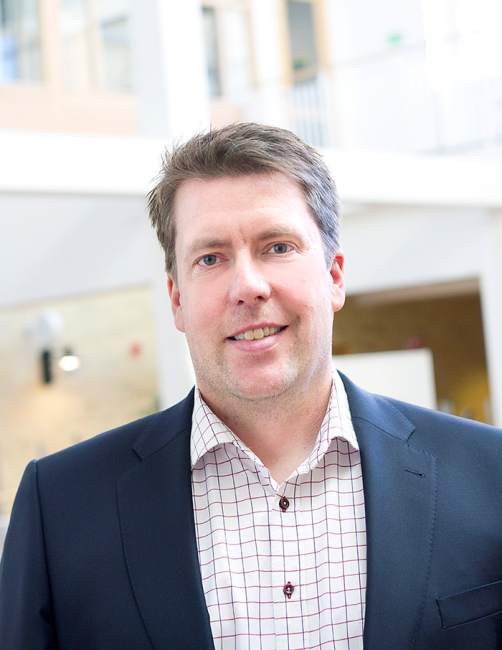