Cellulose is produced from pine and fir and can be a future environment-friendly textile fibre, according to a study of cellulose production, presented in a doctoral thesis at Karlstad University in Sweden.

The population of the world is increasing and so is the average income, which means that the demand for clothes and other textiles is rising too. The global textile consumption in 2050 is estimated to be three times as high as in 2015. The cotton production, which used be the dominant fibre raw material, will decrease because more land is needed for food production. Presently, around 60% of textiles are produced from petroleum, but as oil is not a renewable raw material it will no longer be available in a not too distant future. New environment-friendly and renewable textile raw materials are needed to meet future needs.

- Our research project comprises two types of sulfite pulping of fir and pine wood, says Raghu Deshpande, PhD candidate in Chemical Engineering at Karlstad University. The aim of the project is to contribute to the understanding of what happens in the sulfite pulping process of softwood where the end product is dissolving pulp, that is, nearly pure cellulose, and also to investigate if the sulfite process can be further improved to achieve better economic efficiency.

The research has been conducted in the industrial graduate school VIPP, funded by Domsjö Fabriker, MoRe Research, Kempestiftelsen and the KK Foundation. VIPP stands for values created in fibre-based processes and products and is an academia–industry collaboration with the aim to strengthen Karlstad University's research environments as well as professional development in industries.

This study has a focus on generating new knowledge of sulfite technology. The study addresses crucial aspects of pulp production based on cheaper raw material for cellulose production. The research results are useful in the manufacturing of even better sulfite pulp and in the long term new sulfite mills may be established.

- Our study shows that different raw materials can be mixed and still result in cellulose of the highest quality, says Raghu Deshpande. The possibility to produce profitable by-products such as ethanol also makes the manufacturing process more sustainable for the benefit of society as well as the environment. 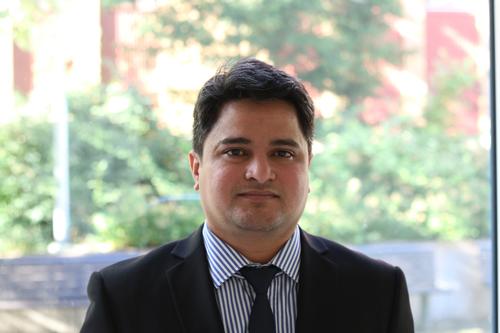