”It’s extremely satisfying to get an extension of this high-risk project from the National Space Agency”, says Jan van Stam, professor of physical chemistry at Karlstad University. ”We have, moreover, once again successfully passed the vetting procedure and received permission from ESA, European Space Agency, to carry out our new experiments during parabolic flights in autumn 2020. This is tantamount to a confirmation that we are on the right track and have put Karlstad University on the map in regard to research with paramount importance internationally.”

Since many years, successful research on polymer solar cells has been conducted at Karlstad University. This specific part of solar cell research involves studies of the active layers of the solar cell, the layer in which sunlight is transformed into electricity. This time attention will be given to molecules in two different polymer materials and the testing of new solvents.

“This research contributes to the understanding of the drying process,” says Jan van Stam. “In other words, it is the active layer’s transition from solvent to solid thin film. When gravitation is removed, the phase separation happens, which is when the dissolved substances separate from each other more slowly and then it’s possible to study how the structure of the materials is changed in detail. Understanding and controlling this process is really important to the performance and production of polymer solar cells.”

Aeroplanes rising and falling
Access to the parabolic flight environment requires that a project has been approved scientifically and funded. At the Novespace facilities in Bordeaux, France, such flights are carried out twice a year on behalf of ESA, the European correspondent to NASA, and every time several research teams from various countries are on board.

In a parabolic flight, the aeroplane first accelerates steeply upwards and then the plane is put into free fall, which means gravitation is very briefly close to zero. In that time the experiment can be carried out without the influence of gravitation. The method is mostly used for research in biology, physics and medicine, but is rare in chemistry.

The research issues in the approved project are also central to the SOLA consortium, led by Karlstad University and funded by the Knut and Alice Wallenberg Foundation.

National Space Agency
Research at Karlstad University has been granted SEK 3.1 million by the National Space Agency for two years. The Space Agency is a central administrative agency under the Ministry of Education and Research with responsibility for state funded national and international space operations in Sweden. The Space Agency is also the liaison contact for international space cooperation.
For more information, contact Jan van Stam, professor of physical chemistry at Karlstad University, tel 0708 196 561 or jan.van.stam@kau.se. 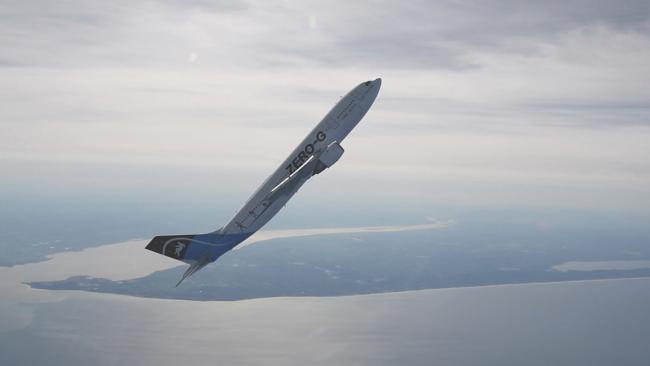