Anecdotal accounts taking on a life of their own #swedengate

Why are discussions of whether you had to wait alone in your friends’ room while they ate dinner with their families, pushing away discussions about more important issues in the internet? Charlotte Bäccman, senior lecturer in Psychology, explains.

A war is being fought in Ukraine, Sweden are approximately 100 days away from an election, climate change is an enormous challenge and the energy prices are skyrocketing. Why are discussions about dinner traditions in Sweden taking up so much space in our feeds?

- Social media have become very important for what is newsworthy. Not just in social media, but also when it comes to news reports in traditional media or other information channels. This means that we come across anecdotal accounts more and more often.

What do you mean by anecdotal accounts?

- Anecdotal accounts are personal stories and experiences from a person’s life, which cannot always be considered representative, from a scientific perspective. Social media is an important democratic tool, in that sense, where everyone can make their voices heard. But at the same time, it can lead to a distorted view on society. Especially when these kinds of anecdotal accounts become viral. When they do, they take on lives of their own—regardless of whether they are representative or not. In some cases, they can be completely false or made up.

Is there a problem with these stories being anecdotal in nature?

- Yes, since they aren’t really reliable. They are tied to specific individuals or situations and often lack the weight of research finding, for example. Often, they represent the opposing argument against whatever it is we want to criticise. They speak to some part of us. It’s not about facts, but they rather invoking feelings. They often make us upset and perhaps they feel closer and not as abstract and hard to understand as climate change or an ongoing war in Europe.

Another problem with these anecdotal accounts is that they become their own little stories that can be used as tools for other people’s accounts. I cannot recall the exact origin of what is now known as #swedengate, but I seem to remember it being about answering a question about what the weirdest thing is that you have experienced in someone else’s home, due to religion or culture. Waiting alone in your friend’s room while he or she ate dinner was one of the answers given. Originally, it was about being surprised by someone else’s customs and traditions. Clashes between different cultures are exciting and are about a kind of breach of norms. Something we perceive as different from our view of the world. Norms are often quiet and mostly acknowledged when someone breaks them, such as guests not removing their shoes when entering your home. But some norms can be louder, such as certain factions of Muslims not allowing women to show anything but their eyes. Regardless, these are behaviours we remember because we were surprised by them.

What importance will an event such as this have? Will it become a part of people’s view of Sweden?

- It’s hard to say whether this will stay in people’s minds, but we can at least confirm that this is an anecdote that has a life of its own, and is about Swedes being stingy or insecure when it comes to food. There are many stories of this kind, many of which are much more harmful, negative and discriminatory than this particular one. These anecdotal accounts fit the stereotypical categories we divide up the world into, and they can result in quite a few inconsistencies. We often tend to see causality where there is none. We also tend to view events as caused by internal, personality-based phenomena, when much is actually caused by the situation itself. For example, what if the family was poor rather than insecure or cheap? Or that the friend not being allowed to eat has forgotten, after many years, that there was a reason for this. You remember the feeling longer. We should not forget that this was an account of a childhood memory, and we all know that our memory is flawed. Accounts of an event can be based on many faulty sources.

I don’t know how common it was to have to wait in friends’ rooms, but this may have changed over time, as well. Perhaps we will have to live with people viewing us in this manner, in the same way other nations have to live with our view of them, from when we travelled there as kids, or when we create stories about the people of a nation based on a limited memory.

How can the university inform about these issues?

- The influence of social media on how we create meaning in our community is one reason why it has become more and more important for schools, and perhaps especially for us as an institution for higher learning, to train our students to have a critical approach. It’s not about criticising everyone and everything in a negative way. Critical thinking is about being able to differentiate between valuable and factual information, and information spread to evoke emotions. It’s also about how knowledge create meaning in our community. And to reflect on what we read and hear. Who is saying this? Why was this particular account widely spread? Is this a fair account? Could there be alternative interpretations of this event? Are the conclusions made from this account reasonable? 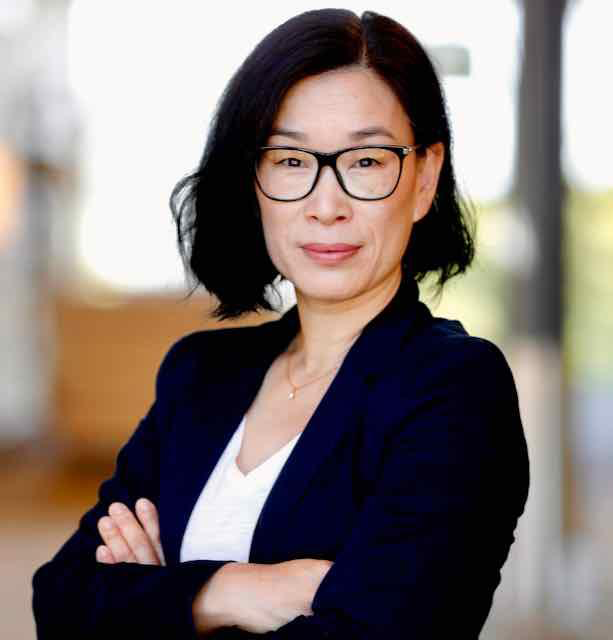