Recently, the Web of Science Group published the list "Highly Cited Researchers 2019" recognizing the world’s most cited and influential researchers. On the list, and top 1% of most cited in Economics and Business, is Stephen L. Vargo, Ander Visiting Professor at CTF, Service Research Center at Karlstad University.

The list “Highly Cited Researchers” is based on publications from the database Web of Science between 2008-2019, and includes more than 6000 researchers from 21 different research fields. The list represents the top 1% of scholars worldwide.

"This makes us happy. We are proud to have Stephen Vargo, one of the world’s leading researcher in marketing affiliated with us at CTF, Karlstad Business School and Karlstad University, where he is active both in research and teaching." says Per Kristensson, Professor and Director of CTF. "Thanks to Stephen, Karlstad University is the only Swedish university in the field Economics and Business on the Web of Science list.

The visiting professorship is funded by the Anne-Marie and Gustaf Ander Foundation for Media Research.

"I am honored to be affilliated with Karlstad University, and I appreciate the support from the Ander Foundation that is making this possible," says Stephen L. Vargo. "I am also appreciative of the continuing contributions to my research from both researchers and students at the university."

Stephen L. Vargo is a Shidler Distinguished Professor and Professor of Marketing at the University of Hawaii at Manoa. He has been presented several awards for his research and is the author of a number of best-selling books. His most cited article is "Evolving to a New Dominant Logic for Marketing" written with Robert F. Lusch and published in 2004 in the Journal of Marketing. Stephen L. Vargo has over 100 publications and, according to Google Scholar, over 52,000 citation.

Link to this year's list and more information: here. 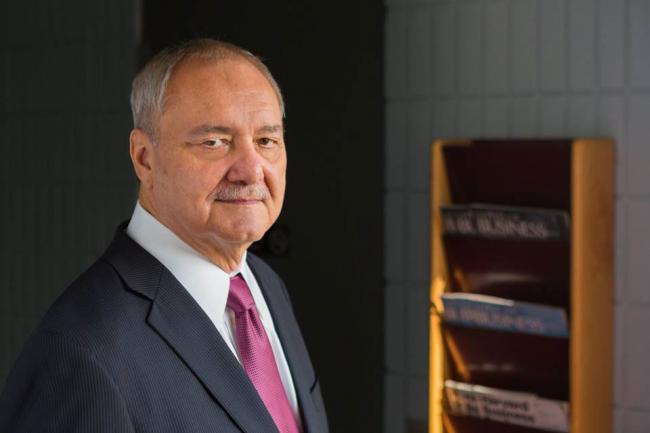