Josef Ringqvist, a doctoral student at Karlstad Business School, was recently published in the renowned British Journal of Industrial Relations. In his article “Union membership and the willingness to prioritize environmental protection above growth and jobs”, Josef Ringqvist examines whether membership in a Union plays a part in how you view environmental issues.

- The wider context is about trying to understand the labour movement’s relation to climate change and environmental issues, and more specifically how union members view these issues, says Josef Ringqvist. It is a relationship that can often be portrayed as fairly problematic.

Historically, labour unions have been an important force in society, within a variety of areas. When it comes to environmental issues, the labour movement has been in an uncomfortable position, since job opportunities and growth have been pitted against a concrete environmental perspective. These issues are big and important, however. Research related to Working Life Science have perhaps been slower to cover these issues than one would have wished. Josef Ringqvist wants to contribute to an increased understanding of environmental issues. He also wants to broaden it.

- Above all within the fields related to union-management relations. Previous research that has focused on labour unions and environmental issues have mainly been qualitative studies where they have examined for example policy documents stating which issues the unions are working with. Researchers have also interviewed individual union members to ask about their views on environmental issues.

Josef Ringqvist argues that there is a lack of more large-scale and representative studies of what union members actually think. There are many assumptions, such as for example that the labour unions cannot involve themselves too much in environmental issues, because their members would not agree.

- My study disproves such assumptions. The starting point of my article is the conflict that are often claimed to exist between work and environment. The union is said to want to protect job opportunities and therefore be opposed to, or at least passive towards, environmental regulations. Despite this, I have found that union members are more positive towards the environment than non-members, even when environmental issues are pitted against jobs and growth.

In his article, Josef Ringqvist brings up the union members’ political views as the main explanation for this. Frankly, where you are on the political scale, left or right, is a highly contributing factor for how you view environmental issues and how you as an individual views free market in contrast to government regulations. Josef Ringqvist shows that union members in general leans more to the left, politically, and that this is a contributing factor in their positive view of the environment. The dynamic is reminiscent of issues related to labour market policy.

- There are probably more reasons. Previous research regarding attitudes towards the environment emphasises the importance of whether you have a more collectivist or individualist mindset. It is the same tendency there - if you are a member of a labour union, you tend to lean more to a collectivist mindset, which increases the likelihood of you caring about the environment. It is easier for you to look beyond your own interests.

“Union membership and the willingness to prioritize environmental protection above growth and jobs” is an early study that point towards many different aspects for Josef Ringqvist to continue researching.

- I will build on these findings and examine unions in various ways. In my article, I show that union members have a surprisingly positive attitude towards environmental issues. My next issue will be about whether this translates into labour union activity on a membership level, and if so - how? In other words, how to concretely influence your work place in issues related to harming or benefiting the environment. I think many employees think about such questions. Especially the younger generation care more about environmental issues, and if labour unions would involve themselves more, this might attract more young members.

What does it feel like to be published in the British Journal of Industrial Relations?

-It feels great. But as a doctoral student you start thinking about the next task as soon as you have been published. 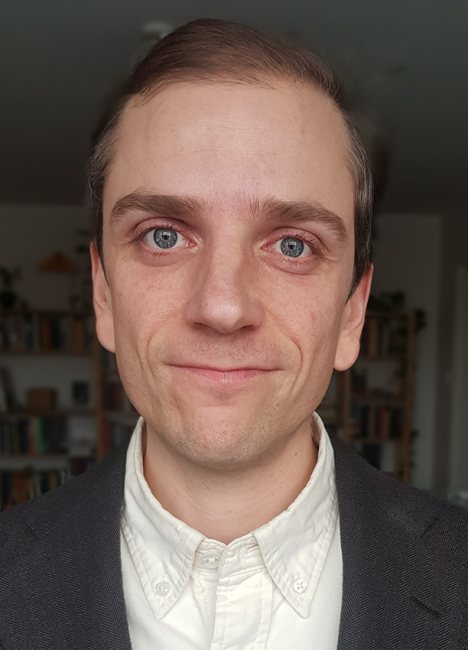