Rainey Lyons has joined Karlstad University and the mathematics department. Rainey has previously worked for University of Louisiana at Lafayette, USA, where he worked in a subfield of mathematical biology looking at structured population dynamics set in a space of Radon measures.

- I was changing the setting of which we do this modelling to a more abstract object than a function, says Rainey Lyons. The structured populations are modeling a population where we care about some kind of structure – the individual´s age or size for example. This is actually used currently by biologist working with trees. A trees size is very important because if it´s taller than the other trees it can get more sunlight and therefore can be more competitive. They are actually using competitive populations there to model competition between tree species in the amazon rainforest.

How did you come in contact with Karlstad University?

- I met Adrian Muntean at a conference in Netherlands in 2018. It was a workshop on modeling with measures in this particular field. I was doing biology and Adrian was at the time working heavily with traffic flow and was using a lot of the same tools that I did. So that was how we established contact.

What did you find interesting about Karlstad University?

- It was really Adrian´s research. I enjoy the idea of being a varied applied mathematician and working with a lot of different scientists. And when you look at Adrian’s profile, he shakes hands with a lot of scientists with research in many different fields. So, it was obvious that I could learn a lot from him.

What will you do at Karlstad University?

- My postdoc position is mainly for research. I will aid Adrian in multiple collaborations within physics and biology.

Tell us about your current research

- There is two main topics. One involves how plants transport hormone throughout cells. There are these plant cells which are about ten centimeters long and they have these little carriers that basically run through on “train tracks”. And they pick up hormones and move them along and spread them throughout the cells. We would like to model this mathematically.

The other project is within physics and about phase separation. Imagine that you have three different particles – one spins to the right, one to the left and one doesn´t spin at all. Initially this is randomly spread. But if you suddenly drop them in cold water, what ends up happening is that all of the particles that spins to the right group together because of their magnetic field. And all of the particles that spins to the left group together. The ones that don´t spin separates the two. This is actually a very complex thing to do – to try to get an equation to tell you how to do it. But we have managed to simulate this under certain conditions even if it´s not really nailed down yet.

In what way will this research be useful?

- Mathematical models are really useful for scientists to do predictive modeling – to be able to tell what should happen. Once we have some data we can actually compare and see how good these models are to fit this data and actually describe this phenomenon. Its always good to know or at least have a good guess of what will happen.

Expectations of being here at Karlstad University?

- I´m enjoying myself so I think it´s going to be fun. My position is for two years. 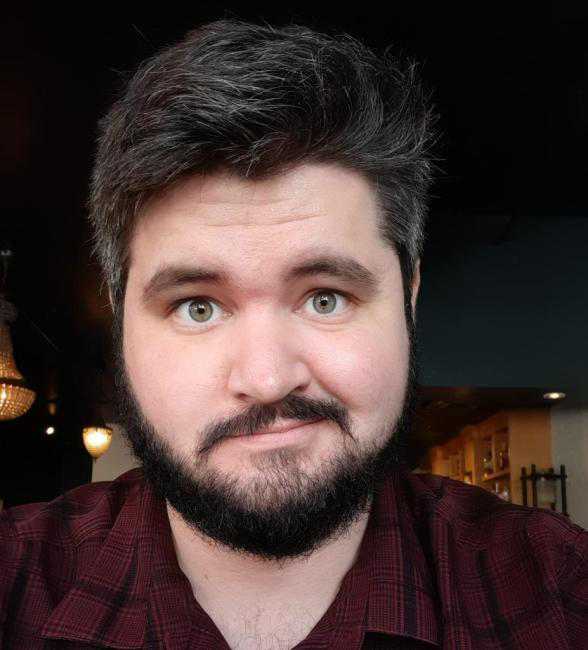