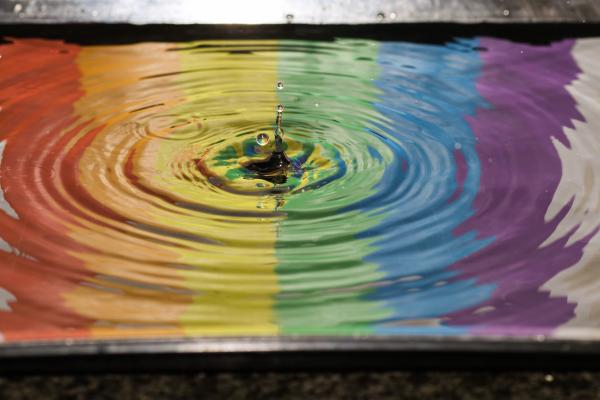 Transformative Terrains - 2015 ongoing. In the last 30-40 years, the Swedish, Nordic and international gender research, has developed into a new field of knowledge. From its fledgling beginnings in the 1960 - and the 70's gender research currently sets challenging questions that demand urgent responses. The institutionalization and development of research in gender, with its roots in women's studies and the women's movement, has occurred in different waves and differs greatly between universities and countries. In the Swedish and the Nordic region, gender research as a field has largely developed in close relation to the welfare state accompanied with a strong focus on gender equality policies. In other parts of the world political issues regarding sex and sexuality have been clearer in light of greater focus or prominence on ethnicity and religion. In other words, gender research is highly context-bound and situated in time and place.

Gender research has moved from being a largely marginalized field and has assumed a center position in knowledge production for the humanities and social sciences. But its development in other disciplines has not been as consistent. In some disciplines such as law and economics gender research is a minor study which is not the case with others such as sociology and literature. In other areas such as engineering, science and medicine gender research generally remains obscured.

During its establishment, gender studies acquired academic status by challenging sexual and gender conservatism, the same issues that have informed academic knowledge production through decades and centuries. Few other disciplines live and have lived in such intellectual compositions of scientific, ideological, popular and populist views. The discipline has seen various shifts such as that encountered within public discourse from a matter of gender conservatism to feminist research. Gender and sex are deeply related subjects that give rise to a never-ending flow of opinions within the scientific community as well as for the individual. This challenge calls for scientific reflection, self-examination and pedagogical skills to untangle or understand both concepts. It is for this reason that a “skewed” view of the academic world persists. Gender studies is located within traditional disciplines, but it also enjoys independent status as a scientific field. This has had great influence on its development, i.e. the struggle between integrating into university structures, disciplinary organization and parallel development as a discipline. Its autonomy or integration is an on-going topic of interest. This also characterizes contemporary gender studies, where new questions about knowledge production and the organization of knowledge assume a hybrid form. Lykke (2008:36) speaks of gender research as a post-disciplinary discipline. This means that gender studies is an independent field of knowledge where gender-specific epistemological and methodological issues are generated. But within the research practice gender studies maintain a cross-disciplinary dialogue striving towards a cross-and multidisciplinary transparency.

Gender research at CGF has been an on-going process since 1990, although under a different theme titled Center for Equality studies. From 2006, the center became known as the Center for Gender Studies (CGF). Generally speaking gender studies have developed under volatile circumstances and the history at CGF illustrates a similar turbulence. From being a small center at the then University of Karlstad, CGF has evolved to become an independent research center at Karlstad University. The mission in 1990 included "(...) within the University and in collaboration with various external stakeholders to initiate, develop and support research and development, education and skills development in the area of gender equality” (Rosenberg 2012:9). The center as it is today profiles highly at the University. In maintaining its tradition, the center successfully merges research with practical change. Researchers at CGF participate continuously in action-or contract research, training or work as experts, assessors and lecturers within and beyond the University’s milieu.

The field's main research paths can schematically be categorized into critical gender research, feminist research, masculinity research, queer and sexuality research (lesbian, gay, bisexual and transgender issues). As an overall cross sectional discipline, CGF is in varying degrees engaged in research and education across the gender studies field of knowledge.

What unites these broad scientific fields is the seemingly simple question, what is sex / gender? That is how are we 'shaped' into men, women, how does our sexuality shape our lives and identities, how does society both symbolically and structurally organize according to what are perceived and constructed as male and female chores, jobs and locations. This is not to suggest that biological differences between men and women are overlooked, but it is important to critically examination how men and women live their lives based on the given yet changing societal conditions encountered at different historical moments.

On this basis, the researchers at CGF jointly developed a research platform of transformative terrains as profiled by the current skills and previous research. The platform is based on different streams of previous research at CGF namely; Masculinities in Motion (1995-1998), Gender Relations in motion - a research program in the profile area of Gender Studies (2001-2005); gender relations and processes of change (2006-2010), Knowledge, Power and Change (2011-2015).