Professor with a multifaceted research perspective is retiring

Per Pettersson, professor of sociology of religion at CTF, is retiring after 26 years as researcher and research leader focusing religious and social change with a service perspective. As senior professor he looks forward to meeting research colleagues around the world as soon as the corona pandemic slows down.

Per has an academic background in theology at Uppsala University, and was ordained as priest in the Church of Sweden 1979. He has been active in the Church for many years, both in Sweden and in England, and with various tasks and development work at the Karlstad Diocese office for 22 years.

"I have gained many international contacts and new friends around the world through my research, and I am looking forward to visiting colleagues and friends in Europe and in South Africa as soon as the corona pandemic eases," says Per.

Active within two research centers
Per defended his doctoral dissertation in 2000 and has since then devoted himself to research and research management full time. His base has been at CTF, where he was the administrative director for three years, but also at Uppsala University where he has been part of the steering group forming the Centre for Multidisciplinary Research on Religion and Society (CRS Uppsala).

"My first contact with CTF was via a course in research methods where I discovered the theories and methods of service research and how they can contribute to a better understanding of the Church from a membership (“consumer”) perspective. This led to the doctoral dissertation "Quality in lifelong service relationships" which combines sociological theory of religious change with theory of services and service processes."

The dissertation project paved the way for three major projects based at Uppsala University; "Welfare and Religion", a comparison of the role of majority churches in the welfare systems of eight different countries, followed by "Welfare and Values in Europe", a study in 12 countries of how non-Christian minorities experience the European welfare systems, which are characterized by Christian values. The third, and largest project, was the 12-year research program “The Impact of Religion. Challenges for Society, Law and Democracy” which was completed in June 2020. Per was the research leader during the last nine years.

“Thanks to my connection with two large, dynamic and internationally acknowledged research groups and successful project applications, large projects have replaced each other and have constantly grown in size over the years.”

A common thread in Per’s research
Per's area of research has been comprehensive with an international perspective and often comparisons between different countries. A recurring theme has been the societal change that increasing religious pluralism entails through globalization and migration.

“Religion is coming up as an important issue in new ways within all sectors of society, school, healthcare, welfare, workplaces, politics and the media. Much of my research has been to examine the role of religious organizations in society and how religion works at the individual level, for example relationships between individuals´ beliefs and values.”

Highlights in Per´s research have been to make new discoveries when comparing Sweden with other countries, thereby gaining new perspectives on Sweden and being forced to rethink.

“Results from our research have been used in various ways in government inquiries. It has influenced policy and legislation on various issues concerning minorities, religious freedom and the place of religion in public institutions such as schools, healthcare and prisons.”

“Out of a scientific point of view, it has been important for me to gain insight into methods and theories within service research and disciplines such as business administration, organizational theory and psychology, and to apply them to religion and religious organizations.”

He is grateful for the positive and inspiring response he received at the first contact with CTF.

“Without CTF, I would probably not have completed a doctoral dissertation. The open and permissive multidisciplinary environment existing at CTF is unusual in academic contexts, and it is important to safeguard it as a valuable "service scape".”

Finally, Per also wants to give some advice to young researchers who are at the beginning of their careers:

“Dare to believe that you have something special to contribute! No one else has exactly the same background and thinking as you. Take advantage of it and do not copy others. Dare to invest in your own personal capital of experiences, perspectives and ideas. You can contribute new knowledge in a way that no one else can.” 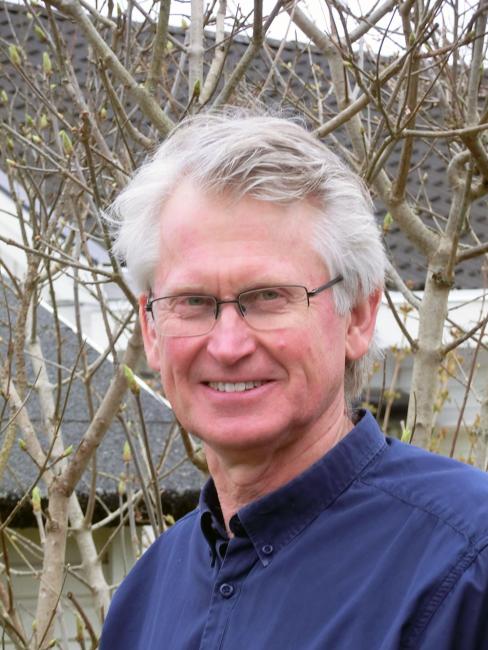