“Computer Science and CTF conduct research of the highest quality and it is very exciting to see that the two groups have developed so well during the excellence initiative,” says Vice-Chancellor Johan Sterte. “What I think should be especially highlighted are the many and close links that have been established with the surrounding society, which among other things has generated a number of successful projects with external funding.”

CTF
For CTF, the support of the excellence funding, in combination with increased external funding, has included an increased capacity to conduct internationally leading research. For example, the number of doctoral students and senior lecturers has doubled, at the same time as the proportion of docents and professors as well as international visiting research fellows also has increased.

Since 2014, the production of research articles has increased significantly. The number of international peer-reviewed articles has more than doubled, and almost half of them has been co-authored with international researchers. Several researchers have been awarded for their work and can be found on lists ranking highly cited researchers, and one of CTF’s visiting professors holds a position on the prestigious Clarivate List recongnizing the world’s most cited and influential researchers.

“CTF’s research is an acknowledgment that Karlstad University’s excellence initiative has been successful,” says Per Kristensson, Professor and Director of CTF. “The increase in publications, and the number of research publications co-authored with international researchers, is a good indicator of excellence in research. The steady increase in so-called top publications is another indication that CTF’s research is of the highest class. In addition, just as the vice-chancellor points out, we have been active in terms of external funding and have succeeded in scaling up our activities despite large investment initiatives, such as the research profile SAMOT, coming to an end within the time frame of the excellence initiative. It is especially exciting that we have managed to apply for a fair amount of research funding together with Computer Science. In many cases, our research go hand in hand and this also benefits the business sector in the region as well as in the rest of Sweden.”

The external funding of CTF has almost doubled, reaching close to SEK 37 million per year in 2019. Examples of research partners are Volvo, Ikea, Ericsson, Ica, Löfbergs, the Government Offices of Sweden (Regeringskansliet), Region Värmland and Valmet. Examples of successful initiatives include Service Convention Sweden and Hello Service, two conferences aimed at disseminating research results to relevant stakeholders initiated during the excellence initiative in connection with the establishment of the new research field Transformative Service Research.

Since 2014, Computer Science has produced 9 doctoral theses (12 pending in 2020), 17 licentiate theses and over 450 international research articles and conference papers. Both the number and the quality of publications have increased since 2014, resulting in over 80 articles in Q1-2 journals and more than 10 awards for journal and conference contributions. The publications have been written with partners from more than 170 different organisations, from over 30 different countries and 6 continents, which further shows the strong international position of Computer Science.

“I am very proud of our results over these years,” says Anna Brunström, Professor of Computer Science and scientific director of the Computer Science research group. “We have built regional, national and international collaborations to carry out and implement various projects, and our research has been closely linked to societal and industrial needs, which has had a major impact on society. We have also contributed to standardisation work in several areas and made our research available via open source. The expertise and the networks that have been created will be of great benefit to us in the future, even if the excellence initiative has come to an end.”

About the excellence initiative
In 2014, CTF and Computer Science were granted the status of excellent research environments, which meant that they received SEK 15 million each from the university on an annual basis during a five-year period to conduct and develop their research. The initiative has been a part of the university’s strategic work to further strengthen the quality of research at the university. 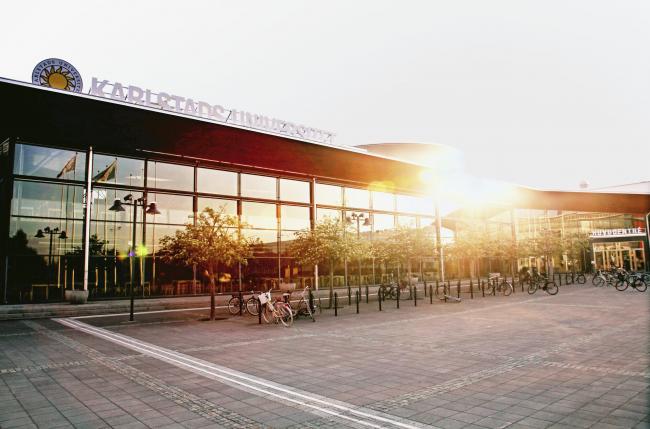