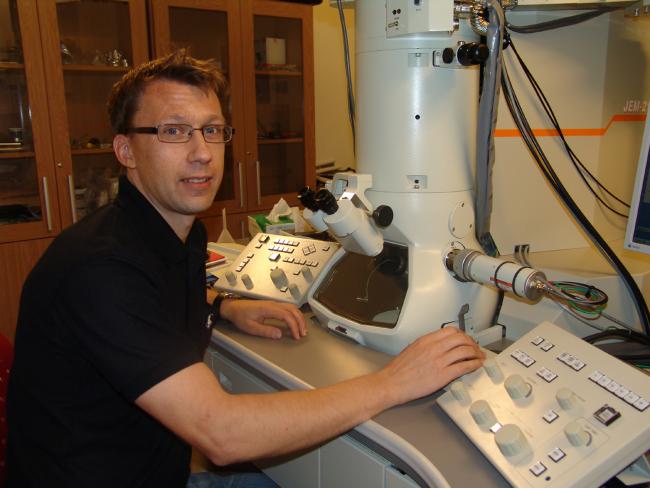 The properties of these materials are to a large extent governed by the atomic structure, i.e. the build up of the nano-structures and their crystallinity. The characterisation of the nano-structure is very demanding, from an experimental point of view, and in particular studies of free-standing individual tubes are very demanding due to the small size. In this project we use especially developed instruments that enable studies of individual fibres. The measurements are done insid electron microscopes and we can then both "see" and "touch" the materials on a nano-scale level. This enables characterisations of mechanical strength and stiffness, together with electrical conductance and atomic structure. 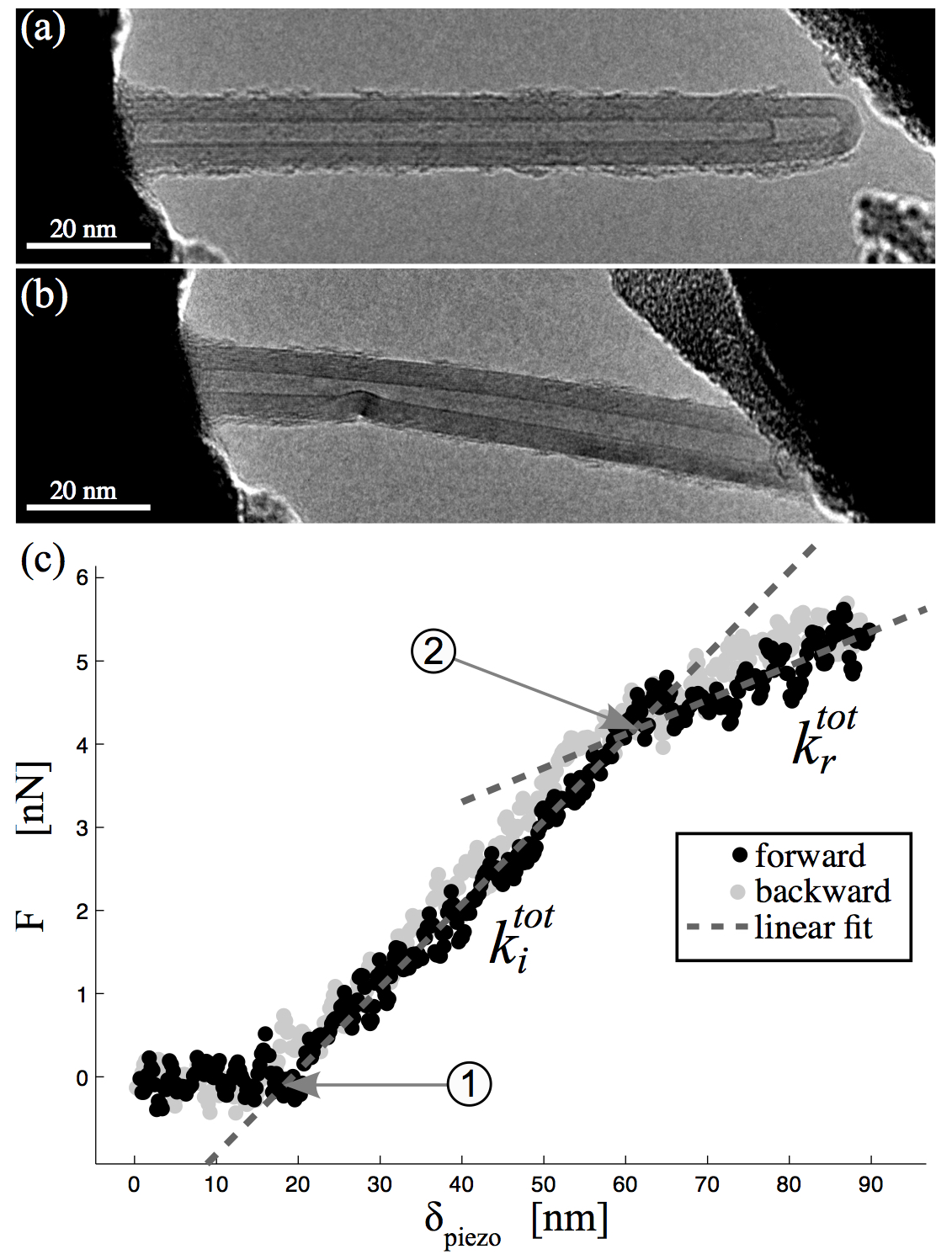 Bending of a multi-walled carbon nanotube inside a transmission electron microscope, together with the simultaneously obtained force curve.